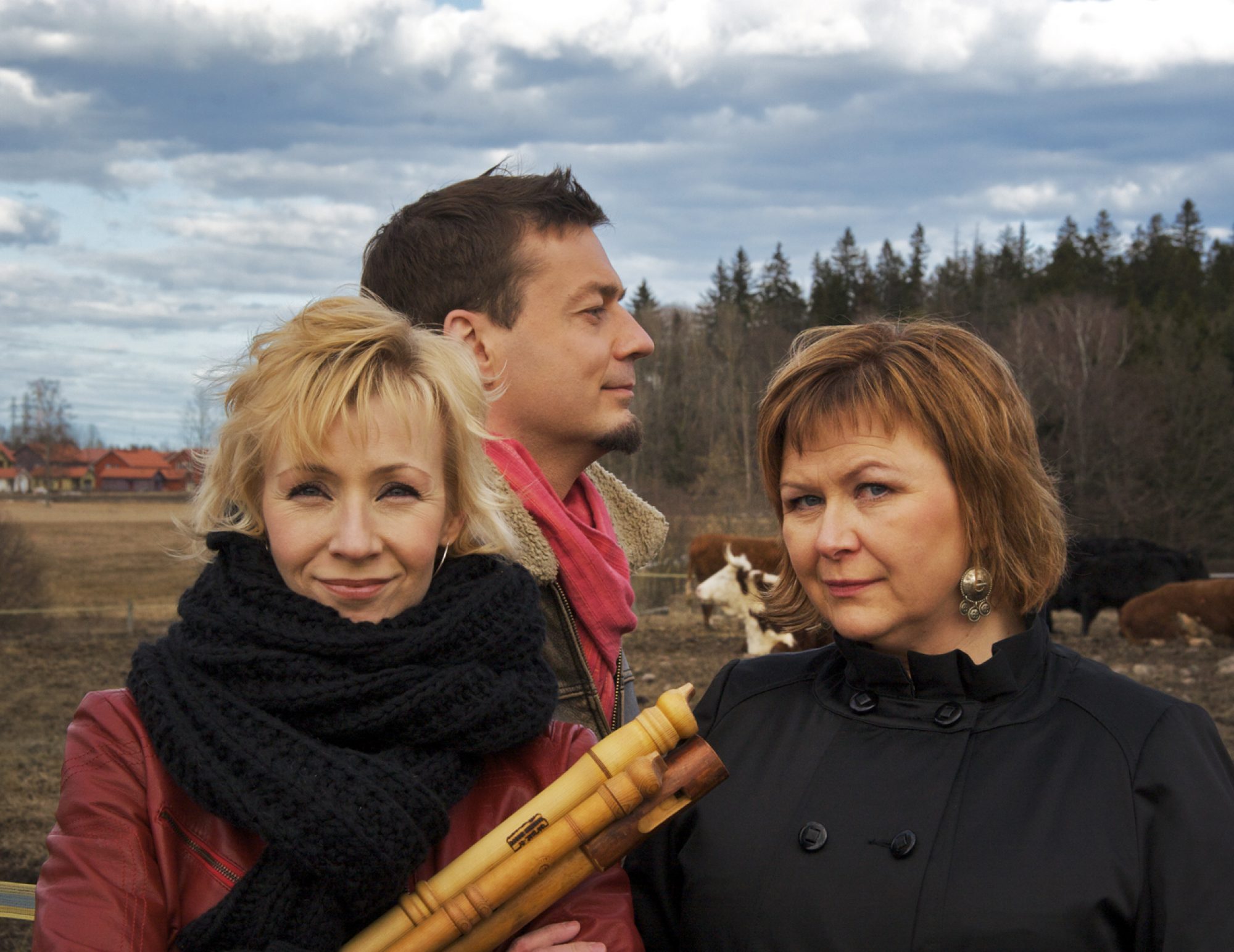 On Kalevala Day (28 February) acclaimed English storyteller Nick Hennessey and Suunta (folk musicians Anna-Kaisa Liedes, Kristiina Ilmonen and Timo Väänänen) collaborated for a bi-lingual story and music performance Tietäjät, that is based on Kalevala and was premiered at Music Centre Helsinki. The collaborators are now working on a new version of Tietäjät, which they will perform on an upcoming tour. Finnish singing and English storytelling are combined with improvised folk compositions, that also take influence from avant-garde and even Finnish tango.

Nick Hennessey is widely acknowledged as one of the UK’s leading contemporary storytellers. He has published three solo albums, the most recent of which, A Rare Hunger, received critical acclaim with airtime plays on BBC Radio 3. The three musicians of Suunta, Timo Väänänen (kantele), Anna-Kaisa Liedes (vocals) and Kristiina Ilmonen (wind instruments) all have a long and extensive experience in the Finnish folk and world music scene in various projects, ensembles and solo work ranging from traditional folk music to avant garde expression.

Suunta and Hennessey will perform at Beyond The Border Festival in Wales 4.-6. July 2014.

Kristiina Ilmonen has been appointed Professor of Folk Music at Sibelius Academy. Her professorship tenure will last for five years.

Ilmonen holds a Master of Music degree from the Sibelius Academy Folk Music Department, where she worked as Head of Department 1998–2004 and where she has been teaching and developing the department’s syllabus and methodology since 1990. She was elected as one of the Womex jury's Seven Samurai in 2009 and she is active in various positions of trust in the field of folk music education in Finland and abroad.