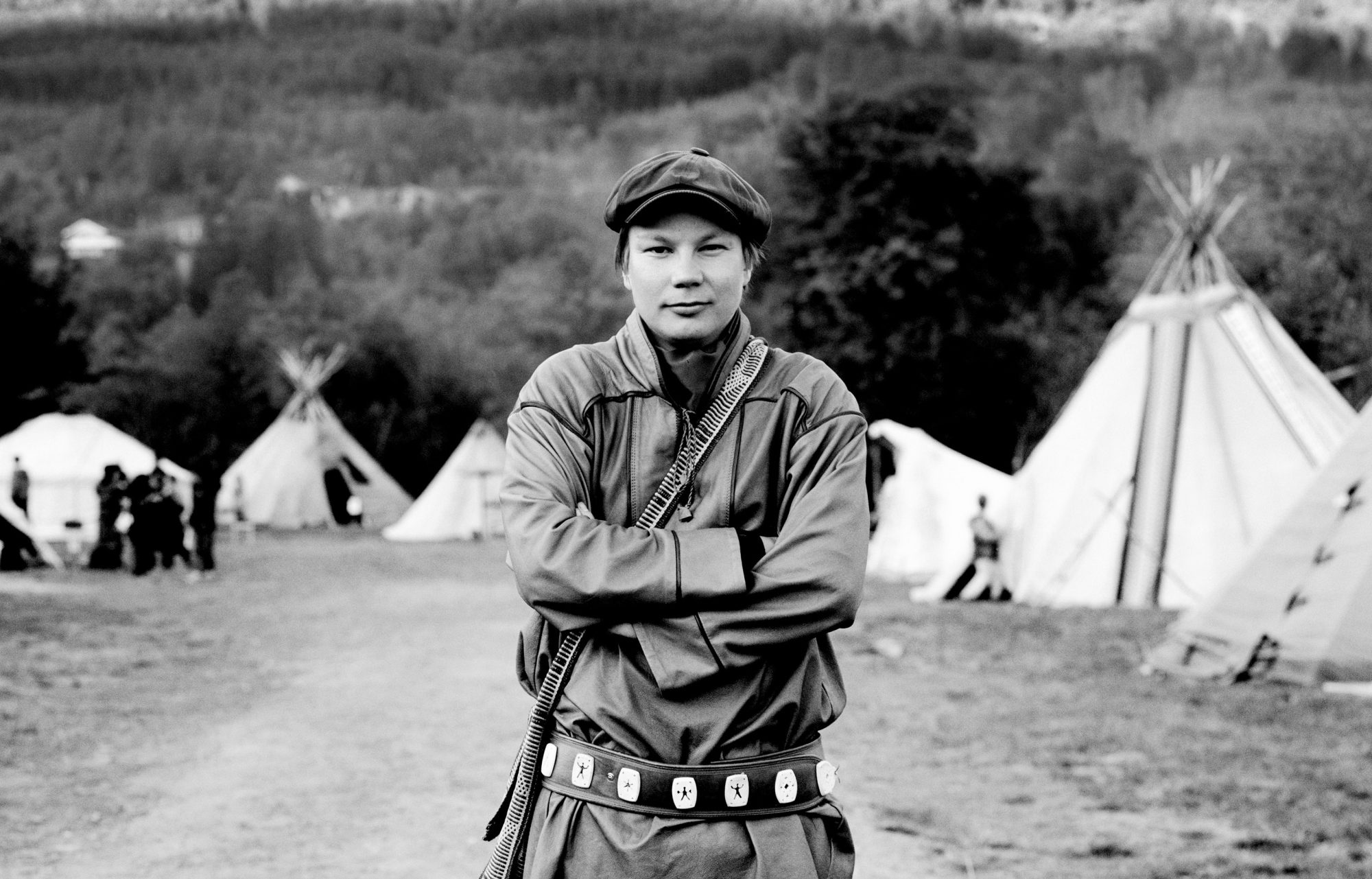 Buori sámiid álbmotbeaivvi! Today, February 6th, is Sámi National Day, and the 2017 edition is particularly important as it marks the 100th anniversary of the first Sámi congress held by the indigenous people of the Nordics. In honor of the day, we wanted to showcase the diversity of the contemporary Sámi music scene, stemming from centuries of tradition and the legacy of artists like Nils-Aslak Valkeapää. We highlight seven artists, ranging from established figures to new and up-and-coming acts. Also have a listen to our compiled Spotify playlist (below), and celebrate the occasion!

Niillas Holmberg is a man of many talents: as a musician he splits his time with internationally performing arctic folk music groups Niillas Holmberg & Roope Mäenpää and Niillas Holmberg Kvarteahtta, world music septet Nordic Namgar and mysterious electro band YLVA. In addition Holmberg is an actor and activist, as well as a poet whose five books have been translated to over 10 languages.

Ulla Pirttijärvi was one of the singers in the internationally acclaimed group Angelit. In the early 1990s she pursued her solo career, which has resulted in four albums to date. She has collaborated with Rinneradio, Mari Boine and Wimme Saari, and along with Angelit, Pirttijärvi was a guest singer on the soundtrack of the legendary video game Final Fantasy V in the 90’s.  Her current group is Ulda, a quartet founded by Pirttijärvi, whose music is based on traditional Sámi joik. Since 2009 Ulda has released two albums and toured and performed in the Nordics, USA, Greece, Germany, France and Russia.

Since his debut album in 2003, Finnish-born Niko Valkeapää has become one of the most prominent Sámi musicians of his generation. Considered as a moderniser of Sámi culture and music, his albums have been acknowledged with Spellemannpriset and Folkelarm prizes. Valkeapää creates electro-acoustic singer-songwriter music with a hint of melancholic americana and blues, and his collaborators include Mari Boine and Georg Buljo.

Hailing from the tiny northern village of Kaamasmukka, Ailu Valle is a hip hop artist who writes lyrics in Northern Sámi. On Dušši dušše duššat, Valle’s 2012 debut album, Valle was recognized for his outspoken lyrics, which criticised the prevalent economic system and how it affects nature and the people living from it. His second album, 7, was released in 2015. Since then Valle has collaborated with artists such as Paleface, Sámi electro group YLVA and Finnish thrash metal band Mokoma, and has performed in Norway and Germany with his liveband Trio Boogiemen.

Wimme Saari (b. 1959) is one of the masters of the Sámi vocal tradition, the ’joik’. Wimme combines colorful grittiness of joiking with ambient soundscapes and techno rhythms. His album Mún (2009), made with Rinneradio’s Tapani Rinne (clarinet) and Juuso Hannukainen (percussion) as well as Matti Wallenius (acoustic string instruments), was acclaimed Europe-wide.

Angelit (originally known as Angelin tytöt) is a folk music group formed by sisters Ursula and Tuuni Länsman in 1989. The group quickly rose to prominence with their albums Dolla, Giitu and Skeaikit. In 1994 Angelit made their first collaboration with progressive metal band Waltari, and eventually the two groups released an album together in 2000. At the end of the decade Samuli Kosminen, Mamba Assefa and Kimmo Kajasto joined the band which led to the experimental dance music record Mannú. Although Angelit haven't released a new album since 2003, the group still plays shows occasionally to this day.

Dust Mountain: Bonded by blood and obscure sounds of the 70s

Four new Finnish artists you should get acquainted with – ranging from anthemic stadium rock to...
Music Finland, 16.11.2021
News / Contemporary & Classical

In need of new repertoire? Music Finland sheet music library at core.musicfinland.fi has a collection of...
Music Finland, 9.11.2021