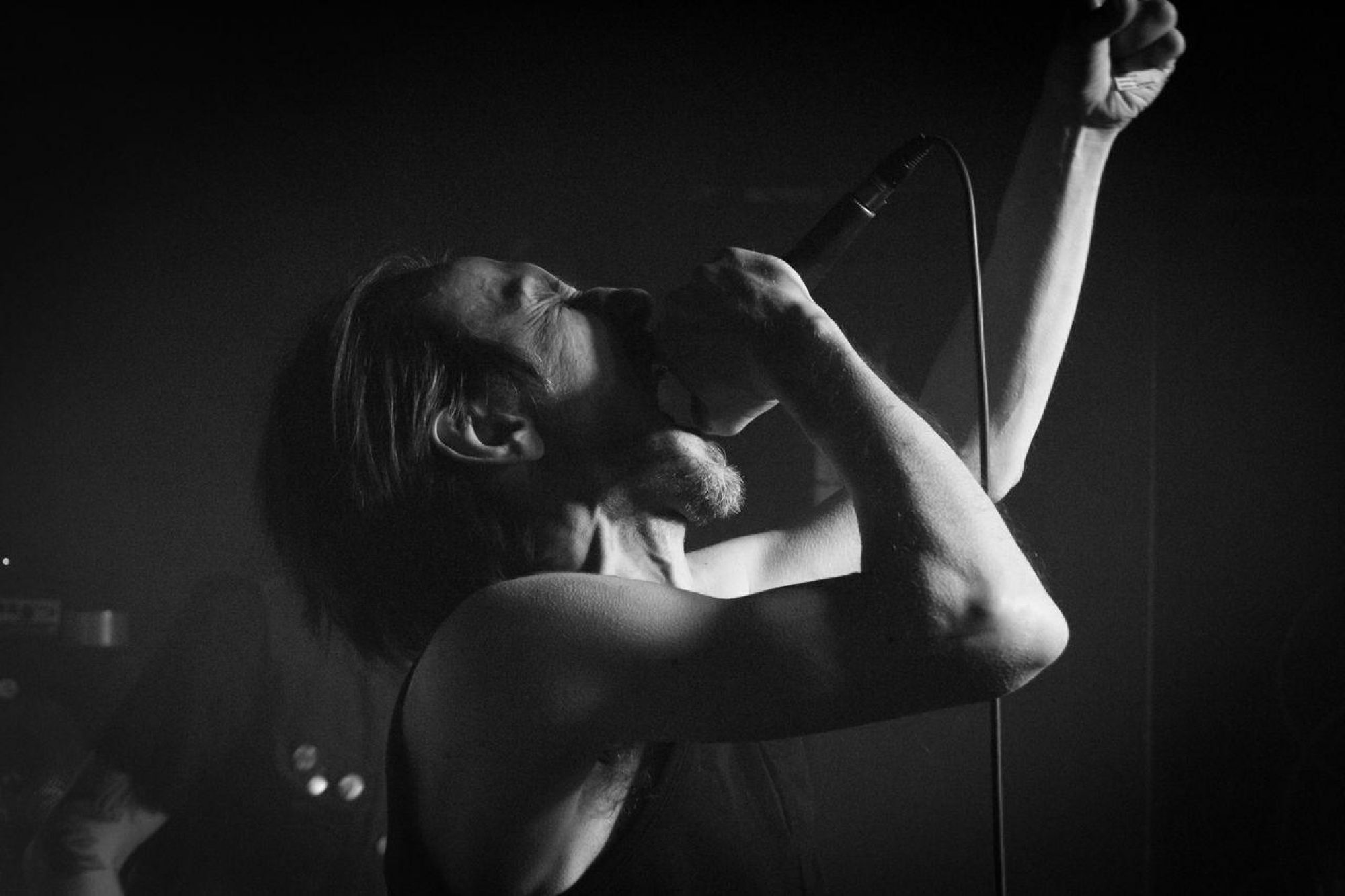 It was something that the local music intelligentsia had not anticipated: one of the prime Finnish contestants for the Nordic Music Prize and, in fact, the one with the most national industry votes was a punk rock band singing in Finnish, Pää Kii (Finnish for "Shut Up"). They didn't take away the prize but it seems that their home run is already hit, Nordic accolades or not.

What enabled the remarkable surprise hit of Pää Kii was the effortlessly melodic rough-around-the-edges quality of their debut album. The cover is zine-y black and white stencil work, and some have made the claim that the character taking one up the jaw bears an uncanny resemblance to the Finnish mainstream rap artist Cheek.

The face of Pää Kii is singer, guitarist and songwriter Teemu Bergman, one of the most visible figures attached to the label "punk" in the present scene. Formerly known as a member of Nazi Death Camp, Kakkahätä 77 and the Heartburns, Bergman has become a media fixture with the success of Pää Kii.

"I have been in Finland for some three years, and during that time I have already seen maybe three or four of Bergman's bands, all top notch", confirms Rane Raitsikka, the legendary Finnish scene figure, who has recently toured and recorded with the Lama outfit, initially active during the late 1970's and early 80's.

Arguably the most widespread national impact of Bergman was a talk show visit to the popular Sunday TV show hosted by Arto Nyberg in March 2013. Bergman seemed to be in a noticeably boozed-up condition and he used the Finnish equivalent of "the F-word" frequently enough to inspire a fellow talk show guest to threaten to leave the studio early.

The usual media plus social media chaos ensued, and suddenly everybody right up to the granny next door seemed to have an opinion on Bergman. Well, as the saying goes, "all publicity"...

While 2013 might not exactly seem like the actual "year that punk broke", it certainly seems that even the mainstream media has been joyfully dotted by no-nonsense bands breaking the surface by simply playing their music and "giving it some".

"I think it's a very positive sign that acts who are genuine are making an impact, I'm very happy to see that", Rane Raitsikka says. "I'm also thinking about groups like Nyrkkitappelu, Rikoslaki and Ydinperhe. This music is not a polished product but a raw expression of emotion, and there are a lot of great bands with good songs out there."

Another genuine group making things happen for already some time now is Pertti Kurikan Nimipäivät ("Pertti Kurikka's Name Day"). The band was formed in 2009 at a workshop for adults with intellectual disabilities. Since then, they have literally taken the world by a storm. The documentary about the band, "The Punk Syndrome", is an international hit, lately screening at events like SXSW, and the film has really brought the band to a fore in their native Finland, as well.

Their music? Straight-up punk rock with the lyrics touching on issues such the difficulty of becoming understood, daily chores, speech defects, and normality.

All Across the Map

While the newcomers are keeping things fresh, there's nothing wrong with the veterans, either. Lama just toured in Brazil, released a new EP and are the subject of an upcoming documentary directed by, around it goes, the host of the infamous Bergman interview, Arto Nyberg.

"The gigs in Brazil were insane!", Lama member Rane Raitsikka enthuses. "The fans there are really heavily into Finnish bands and the energy at the gigs was unreal. This visit had been in the works for a couple of years and we're going back as soon as possible."

The Lama documentary has also been shot and is now in its editing stage. "I think the filmmakers are now putting in the final touches and discussing the release details. We can expect a release as soon as there are not too many Lordi documentaries to be aired first", Raitsikka says jokingly.

It has been a recognized fact that Finnish punk and hardcore has been well received in Southern America. Bands such as Lama, Kaaos, Rattus and Terveet Kädet appear in reference lists far away from their Nordic origins. There are also several notes of South American bands up to the scale of Sepultura being influenced by and covering their Finnish heroes.

This impact has also been recognized locally. It was recently published that Terveet Kädet will be the object of a new statue in their very Northern hometown of Tornio. According to press comments, the statue is a "tribute to the band that has been playing the town of Tornio onto the World map since 1979".

A fitting tribute it is, and in the true spirit of the music discussed here, one is also drawn to ponder what kind of a reaction the Terveet Kädet of 1979, a rookie punk band up in the yonderland of Tornio, would have had upon hearing about this future.