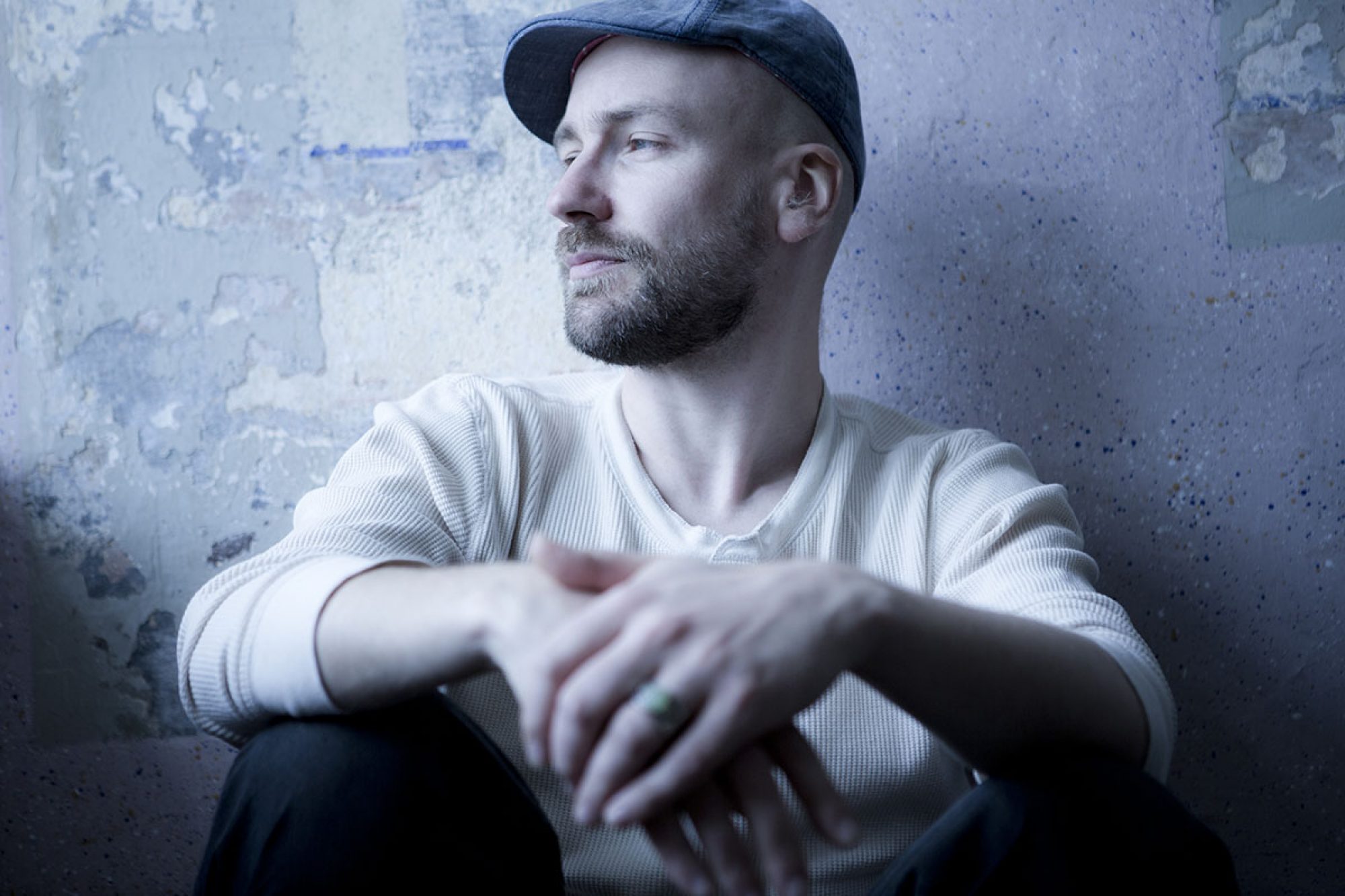 Samuli Kosminen is one of Finland’s most internationally successful percussion players. He started out as a drummer, but has created his own rhythmic cosmos of toys, percussion, junk, samples and processor power.

At last count he’d played on approximately 80 recordings. What happened?

An encounter with Iceland, for one. And Finland’s foremost accordion mangler Kimmo Pohjonen for another.

In the mid-90s Samuli won a trip to a travel destination of his choice and he chose Reykjavik, where he met a lot of friends and collaborators who still play a major role in his life. Most years since then, he’s been back to Reykjavik at least once.

Internationally Kosminen is probably best known for his work with Icelandic band Mùm and on Sigur Rós’ Jónsi’s solo album Go, but lately Reykjavik has also served as a beachhead to the United States.

"I have a very close friendship and musical relationship with Alex Somers, Samuli says. He produced Death Vessel’s latest album, Island Intervals, which was a great project to be involved in. It really has Alex’s sound to it", Kosminen says.

In its own indie context the record received a lot of praise and more and more people in the United States have become aware of Samuli’s talents. And his working relationship with Alex is still strong, thanks in part to the fact that files travel so well. When they first started working together, they considered doing sessions in Reykjavik.

"I talked him into letting me try it this way. I like to have my own peace in which to work. He really let’s me do what I want, so I’ll record like 70 tracks and he chooses the best."

Jónsi’s album was produced by Peter Katis, who is known for his work with The National and Interpol, among others. This led to one of Samuli’s bigger sessions so far, with the lead singer and guitarist from legendary jam band Phish.

"He produced Trey Anastasio’s solo album Traveler, so I ended up playing on it, Samuli recalls. This is not a genre I’m usually associated with, but with Katis producing, I was once again given a free hand to do my thing."

It’s a chain reaction that started with Jónsi and Mùm.

Scoring here and there

Samuli has also done a fair bit of soundtrack work in Finland and Iceland. In Iceland he works with composer Úlfur Eldjárn, who does a lot of television and movie soundtracks. In Finland Samuli wrote the soundtrack for American Vagabond, a documentary about a gay couple moving to San Francisco after one of them as kicked out of by his family for being gay. Samuli was nominated for the Harpa Nordic Film Composer Award for his music in the film. Swedish composer named Matti Bye won the award for his score for the film Faro (Sanctuary).

"The score was really amazing, too, so the judges did a great job. We met and decided we need to work together, Samuli says. Matti used to earn a living playing live piano in a silent movie theater. In the 21st century! How amazing is that?"

Matti, Samuli and saxophonist Linda Fredriksson are playing the soundtrack for Franz Seitz’s 1922 film Der Favorit der Königin on October 14 for the opening of a new movie theater in downtown Helsinki.

Contemporary classical and then some

Another one of Samuli’s long-term collaborators is German pianist and composer Volker Bertelmann aka Hauschka. They’ve been working together since 2011’s Salon des Amateurs. Currently Samuli and Hauschka work as a trio called H K Z, with former Kronos Quartet cellist Jeffrey Zeigler.

"Me and Kimmo Pohjonen have worked with Kronos Quartet a lot over the last decade, Samuli explains. So when Jeffrey left the quartet, we thought we should do something together and this trio was basically the first idea we came up with, off the cuff."

Since Hauschka and Samuli had been working together as a duo, integrating a musician of Zeigler’s caliber was a breeze. Currently the trio is working on music for the celebration of the 150th anniversary of Jean Sibelius’ birth. That’s next year. WHS Visual Theatre and Contemporary Circus are working on a piece called The Swan with a Korean troupe and K H Z will provide the music.

"We’ll play live as they perform, Samuli says. Our versions of a bunch of pieces by Sibelius. Some of them fairly obscure, too! We worked hard to find the ones that work with such a small ensemble."

Jeffrey is, of course, very familiar with Sibelius, but Samuli is really looking forward to seeing what happens when Hauschka meets Sibelius.

"He can do noise, and he can do pounding, techno-influenced rhythms, but he’s still a trained classical musician."

For he’s a jolly good bellow

Accordion renegade Kimmo Pohjonen has been one of Samuli’s closest musical collaborators for a dozen or so years.

They were both playing with pioneering technojazz group Rinneradio at a Helsinki Festival concert. Kimmo was sufficiently impressed by Samuli and Mamba Assefa, another percussionist from the show, to invite him to play with him.

"The piece was called Broken Windows, Samuli recalls. It was during the practice that we first sampled his accordion into my drum pad. It was his birthday, too! It worked immediately and we knew we were onto something great."

Kimmo was, at this point, working on an album that came to be called Kluster (2002) and since Samuli’s sampling ended up playing such an important role on the record, they named their duo the same. Over the last dozen years Kimmo and Samuli have had the opportunity to record and perform with some amazing musicians. Together with Trey Gunn and Pat Mastelotto from King Crimson they are KTU, an unclassifiable prog band that has performed in 15 countries. Uniko is a collaborative project with Samuli, Kimmo and Kronos Quartet.