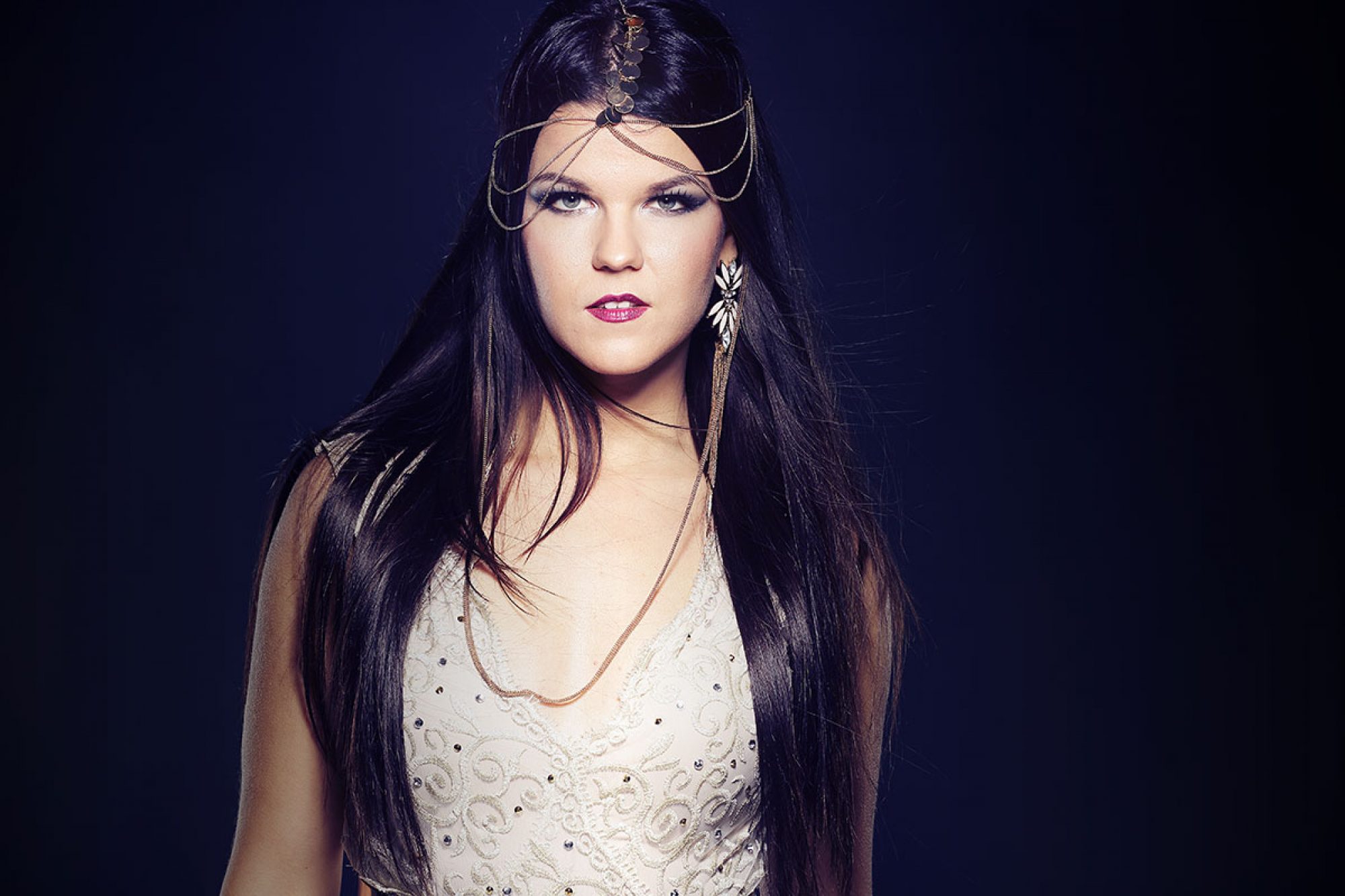 A photo of Saara Aalto is what you should find in a dictionary if you look up for “sisu” – the word meaning Finnish guts and persistence.

After attending several talent shows in Finland Saara Aalto chose to go after a bigger fish. She auditioned for The X Factor UK and went from being the underdog to charming everyone. She’s now one of the three finalists and on Sunday we’ll know if she wins the whole competition.

It’s not easy to get public votes as a non-Brit in the competition but Aalto has proved she can entertain large audiences, master many styles and sing almost anything from giant SIA hits to Celine Dion ballads, from Motown to artsy pop. This is a great accomplishment from a Finnish singer, and without doubt the biggest thing ever happened to Saara Aalto.

Saara Aalto is no newcomer to the Finnish public. She’s done well in several singing contests before The X Factor UK: she came in second in both Finland’s Got Talent already in 2007 and in The Voice of Finland in 2012. She took part in the UMK, Finland’s National selection for becoming Eurovision song contest representative, and came in second in 2011 and again in 2016.

But as Ilkka Mattila, a Finnish music journalist puts it, success in a tv show doesn’t automatically transform into success in the music industry. These two industries work in two very different ways.

“Having the reputation as the one from television doesn’t come without downfalls. It doesn’t necessarily transform into people buying records or going to concerts”, Mattila says.

Outside the talent shows, when measuring success with record sales, streaming and radio airplay, Saara Aalto hasn’t been a big star in the Finnish pop music scene. To put it short: she’s done well with cover songs but not with original material.

One reason might be the fact that in 2016 the genre she represents, “Epic Love Pop” as she puts it, is not that popular in the charts.

“She comes out as a pop star of the 1980s: her way of performing and the songs she chooses to sing are very musical-like, which is untypical for Finnish pop stars”, Mattila analyzes.

He says that as the style is already nostalgic and slightly outdated, it’s harder for an artist to find her way in a world of modern pop music where it’s all about streaming songs and making hit singles. Some have stated that one potential career option for her might be to perform in musicals, but Aalto herself seems to be more keen on the pop side.

Ilkka Mattila reminds us that Aalto has always been recognized as a great singer by the Finnish media – but it’s her style of music that hasn’t been that much liked by the media over the years. Aalto and her eager fans have often taken this kind of critique as only a proof of “the Finnish jealousy and negativity”.

When asked to analyze why she isn’t already a big star in Finland, industry professionals tend to see the reason to be her songwriting.

“She’s not as good as a songwriter as she is as a singer, and that might be the reason her career hasn’t taken off that well in Finland” journalist Katja Ståhl said in an interview given for Ilta-Sanomat newspaper last October.

Ståhl thinks that if Aalto lets other people write her songs in the future, she will have a chance to hit the charts globally.

Ilkka Mattila says that taking part in as many singing contests as Saara Aalto has, opens some doors but closes others.

“It will take a lot of work to succeed after the show is over” Mattila says.

“There’s a lot more contestants that are forgotten rather than remembered afterwards”.

Saara Aalto has also tried the traditional way, making a career for herself through record labels, but she hasn’t had a record deal in Finland so far. It is often said that this is due to her wish to keep all the decisions to herself: to keep singing in English and keep writing her own songs.

There is a tendency at the moment that all the popular Finnish music is sung in Finnish. The ones singing in English are mostly indie artists, aiming at smaller audiences than Aalto, who’s clearly for the big stages.

After being refused by the big labels she kept on publishing her music through her own label, produced by her ex-boyfriend, singer Teemu Roivainen, and managed by her girlfriend Meri Sopanen.

Saara Aalto has been wanting to do things her own way and not to bend under the influence of record labels and music journalists. This is probably what the audience loves about her. She’s the self-made girl, a representation of someone working hard for their dreams and keeping their head, despite other people’s opinions.

From the music industry's point of view, this might have closed some doors for her, but at least she’s done things exactly as she wanted. Many of us would’ve made compromises on the way.

The essential thing for Saara Aalto after The X Factor is to find the right people to work with. She has already taken a step to this direction by being signed under Roar Global management in the UK.

Becoming a successful pop star has been her dream for a long time. She’s worked extra hard for it, but in the world of pop music, one needs an army of people and most of all an army of great songs to make it big once the tv cameras shut down.