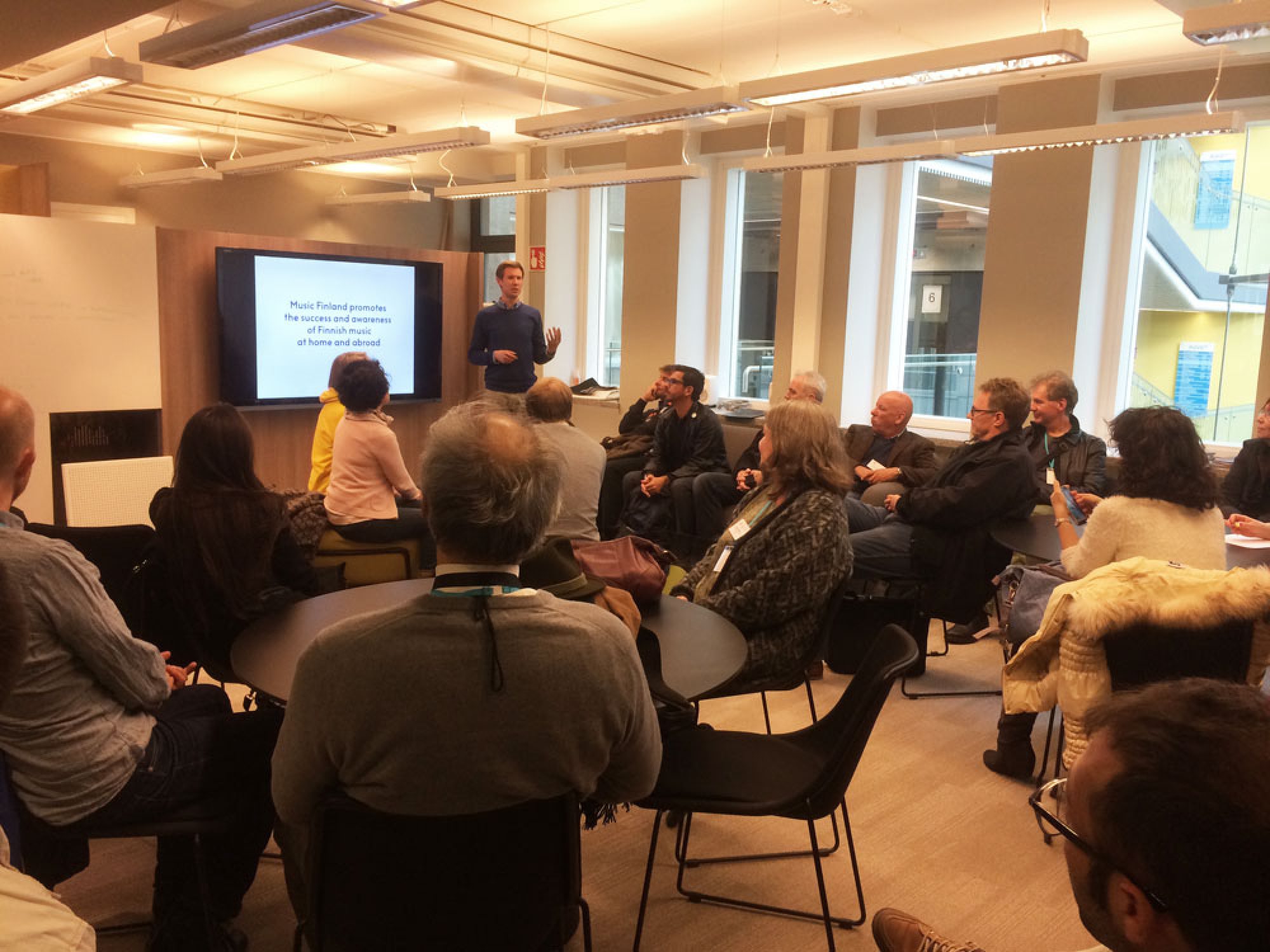 The 61st International Rostrum of Composers (IRC) was held in Helsinki, from May 6 to 9, 2014. The event was organised in Finland for the first time this year.

During the event, contemporary music producers from 27 national radio networks from four continents presented 50 works composed within the five years preceding the Rostrum. After the listening sessions, the assembly of delegates selected and recommended the most distinctive works in two categories: ‘general’ and ‘young composers under 30’. These and other works will be presented in concerts and broadcast after the Rostrum by the participating and other interested radio stations.

Cyprus-born composer Yannis Kyriakides received the International Rostrum for Composers award, in the category over 30 years, for his cello, video and electronics piece: Words and Song Without Words. In the ”young composers” category, the work selected as most worthy for worldwide broadcasting was Canzon de' baci (2012), for tenor and orchestra by Polish composer Andrzej Kwiecinski. Antti Auvinen’s work Orior was selected on the list of recommended works.

The partners at Finnish Broadcasting Company, hosts of the Rostrum, prepared a rich and diverse programme for the delegates. Thus, an evening at Music Finland allowed for sharing experiences and learning from representatives of the Finnish new music scene. Moreover, Finnish composer Sebastian Fagerlund met with delegates for a special interview. The itinerary of the week included concerts by Finnish ensembles and the Finnish RSO, as well as project presentations.