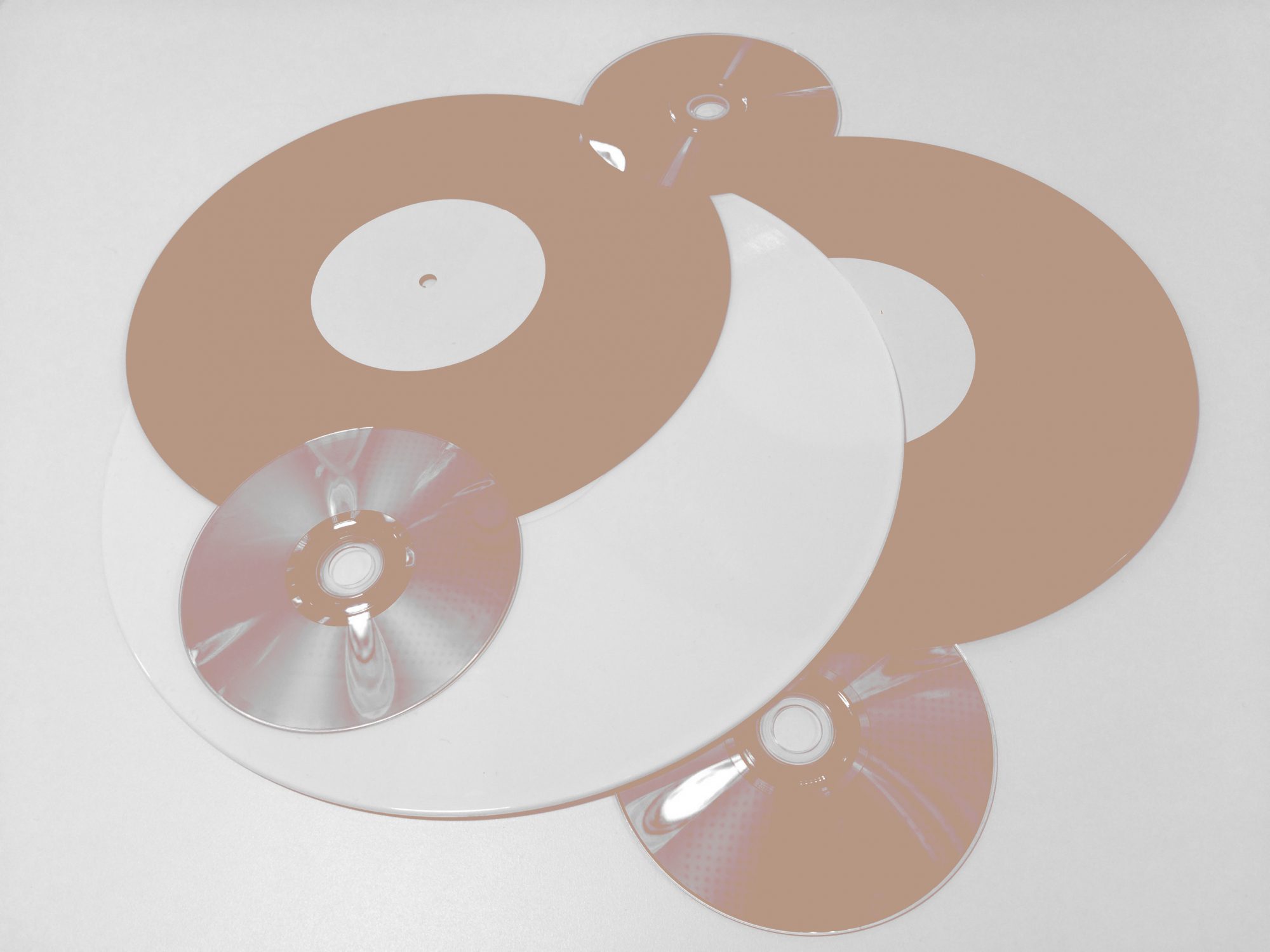 Plenty of new albums await the ever searching listener! This time our season's list of new albums is weighed more towards the heavier side of music, like Insomnium, Ranger and Spiritus Mortis, although we've not forgotten the new indie releases from artists such as Cityman, Mikko Joensuu and Räjäyttäjät either.

Villa Nah is a synth pop band, formed in 2009 by singer-songwriter Juho Paalosmaa (also known from the band Sin Cos Tan along with Jori Hulkkonen) and beatmaker Tomi Hyyppä. Their debut Origin (2010) made an instant impact in the synth pop scene: it went top 10 in the Finnish album chart and gained the band an opening slot on OMD’s world tour. After a few years’ hiatus Villa Nah have released their second album Ultima.

How many of you would have guessed that one day Finland would have a number one album on the Billboard Bluegrass charts? Me neither. But the weird and wonderful Steve’n’Seagulls did it with their second album of bluegrass covers, including songs from Iron Maiden, Metallica, Nightwish, AC/DC, Nirvana, Guns N’Roses et cetera.

The pioneers of mournful melodic death metal return with Winter’s Gate. On their seventh album Insomnium take an ambitious step, as the album consists of a single 40-minute song. The album is based on a short story about a group of Vikings who set out to find a fabled island west of Ireland, despite the treacherous winter drawing near.

On Agartha, Oddarrang take another step further away from jazz. This time the soundscape draws inspiration from grandiose post rock of Mogwai and Mono and hazy ambient – accompanied by by the cello and vocals of Osmo Ikonen and Ilmari Pohjonen’s trombone.

Tuomo Prättälä, known from his soulful solo albums as Tuomo, as well as his many groups (such as Ilmiliekki Quartet and Quintessence), hooked up with Helsinki-based Americana rocker Markus Nordenstreng (The Latebirds). The unlikely duo’s acclaimed debut album Dead Circles – recorded in Tucson’s Wavelab Studios and featuring members of Calexico and Wilco – is full of folk pop and country songs in the vein of Crosby, Stills, Nash & Young.

The Holy’s anthemic and stadium-ready indie rock is equally melancholy as it is uplifting – the Helsinki-based quintet has already been compared to the likes of U2 and Arcade Fire. Equipped with two drummers, big guitars and atmospheric synths, The Holy released their five-track debut ep More Escher and Random Notes through Soliti Records in August.

Just like The Hearing (Ringa Manner), musician and singer Ninni Luhtasaari started her career in the garage punk band Pintandwefall. Her solo music as Ninni Forever Band is also very much a DIY affair, with indie aestehetics, quirky synths and poppy melodies mixed with Finnish-sung lyrics full of dark humor.

On their seventh album (in five years’ time!) Finland’s most energetic garage rock’n’roll band Räjäyttäjät have found synthesizers and turned themselves into a cosmic psychedelic kraut-prog machine. But things get especially interesting, when Räjäyttäjät dig up their 1970’s schlager and exotica influences. Released on double vinyl and cd on Ektro Records!

Poets of the Fall: Clearview (Insomniac)

Already veterans on the Finnish scene, Poets of the Fall released their seventh album Clearview in late September. Led by the single ”Drama for Life”, Clearview continues the band’s signature melodic and post-grungy pop rock sound. Though the fall and winter, Poets of the Fall will tour in Russia, Germany, Netherlands and the UK, among other countries.

Cityman consists of Alpo Nummelin and Tomi Leppänen. Although they both are drummers for several Finnish alternative favorites such as K-X-P, Zebra and Snake and Circle, in Cityman their duties are done with synthesizers, sequencers and vocals. Cityman’s debut album Rhythm / Emotion, out on Solina Records, contains 10 slices of smooth, melodic electronic pop.

Merciless d-beat, Discharge-influenced guitars and angry lyrics sung by lead-woman Helena in Finnish is what Kohti Tuhoa’s debut album, which clocks under 20 minutes, is about. Southern Lord released Rutiinin orja in the US this fall.

With titles like ”Hug You Hardcore” and "Heaven Sent Hell on Earth" hard rock troupe Lordi stays loyal to their 80’s heavy metal roots. Monstereophonic (Theaterror vs. Demonarchy) is the title of Lordi’s new concept album which is split into two sides.

As HIM followers probably know, Daniel Lioneye is the project band by HIM-guitarist Linde, now also featuring two other members of the band (keyboadist Burton and bassist Mige). But Daniel Lioneye is no second rate HIM by any means. Recommended for fans of traditional, riff-heavy, melodic metal with vocal harmonies and stoner rock leanings.

Tarja: The Shadow Self (Ear Music)

In June Tarja Turunen released The Brightest Void, an EP which is now accompanied by full-length The Shadow Self. The album continues in the same heavy rock genre Tarja’s previous albums have explored.

Psychework is a melodic and tradition-respecting heavy metal band, that features Antony Parviainen and the J-V Hintikka formerly of Machine Men. The band's debut album The Dragon's Year was released in September through Ranka Recordings. The lyrical content of the album deals heavily with Parviainen’s illness leukaemia, which he has cured from.

Bob Malmström are the originators of ”borgarcore”, a tongue-in-cheek sub-genre of hardcore punk influenced by Dom Perignon, stock exchange and wealthy lifestyle. On Vi kommer i krig (”We come in war”) the group’s sound has progressed melodically and musically while still keeping the hardcore roots intact.

The Finnish punk band with learning disabilities is maybe best known from appearing at the 2015 Eurovision Song Contest and the documentary film The Punk Syndrome, but that’s not all there is to this rowdy foursome. Although Pertti Kurikan nimipäivät has a long history of EP's and singles behind them, Letkukytkentöjä is their debut album – and also their farewell record: the band is splitting up after their guitarist Pertti Kurikka turns 60 this year.

KYPCK is the weird brain-child of Sami Lopakka and Sami Kukkohovi, best known from Sentenced. A Finnish band playing aggressive doom metal with lyrics in Russian – and this time including a cover of t.A.t.U.’s hit ”All About Us” – would be easy to denounce as a novelty project, but KYPCK is soon 10 years old and brand new album Zero is their fourth one already.

Is there such a thing as too many guitarists in a band? Teksti-TV 666, with their five electric guitars, think not. Described as shoegazing kraut-punk, Teksti-TV 666’s first three ep’s, long out of print on vinyl, will be released as a full length album.

On The Ninth Hour melodic metal powerhouse Sonata Arctica take a look at a serious subject: environmental armageddon. In November the quintet heads on a long US tour together with Omnium Gatherum and Leaves’ Eyes.

On the second part of his soul-searching Amen trilogy, Mikko Joensuu pushes the pastoral Townes Van Zandt inspired folk of Amen 1 aside and focuses on electric and noisy shoegaze instead.

Lauri Ainala, the founder of experimental group Paavoharju manipulates field recordings he made at a religious isle festival that he’s visited since he was a child. On Orpokotijuhlat saarella Lutheran church music and drone shake hands in a striking manner.

Lead by the screechy-voiced bassist-shouter Dimi Pontiac, Ranger describes themselves as ”Fast, loud and rude” – and they’re not lying. Looking and sounding like the best thrash metal bands from the 1980’s, Ranger makes an instant impact on stage. Ranger will release their second album Speed & Violence in November.

This March, hardcore legend Läjä Äijälä disbanded his band Terveet Kädet after 36 years. Äijälä (58) is now focusing on his solo material, as well as his new avant-electro trio Sakset, consisting of him and Jussi Lehtisalo (Circle, Pharaoh Overlord) and Tomi Leppänen (K-X-P, Circle, Cityman). The group’s debut Lahja is promised to be ”a haunting album driven by distorted arpeggios, subliminal harmonics and echo chamber melodies”.

Spiritus Mortis: The Year is One (Svart Records)

Pioneers of Finnish doom metal Spiritus Mortis return with a new album, which is their first featuring ex-Reverend Bizarre vocalist Albert Witchfinder. On The Year is One Spiritus Mortis’ roots in Dio-era Black Sabbath sounds are audible, but the group play with a heavy-handed yet melodic vigor rather unusual in the genre.

Aforementioned Veli-Matti ”Läjä” Äijälä never ceases to rest. The soundscape of Minun vereni relies on heavy electronic noise, and the lyrics were originally meant for an album by Terveet Kädet that was never recorded.

Trees of Eternity: Hour of the Nightingale (Svart Records)

Trees of Eternity was founded by singer-songwriter Aleah Starbridge and guitarist-composer Juha Raivio. Based on the similar melancholic metal ambience as Swallow the Sun and Katatonia, Hour of the Nightingale is a result of three years of work which was tragically cut short when Starbridge passed away during the production phase.