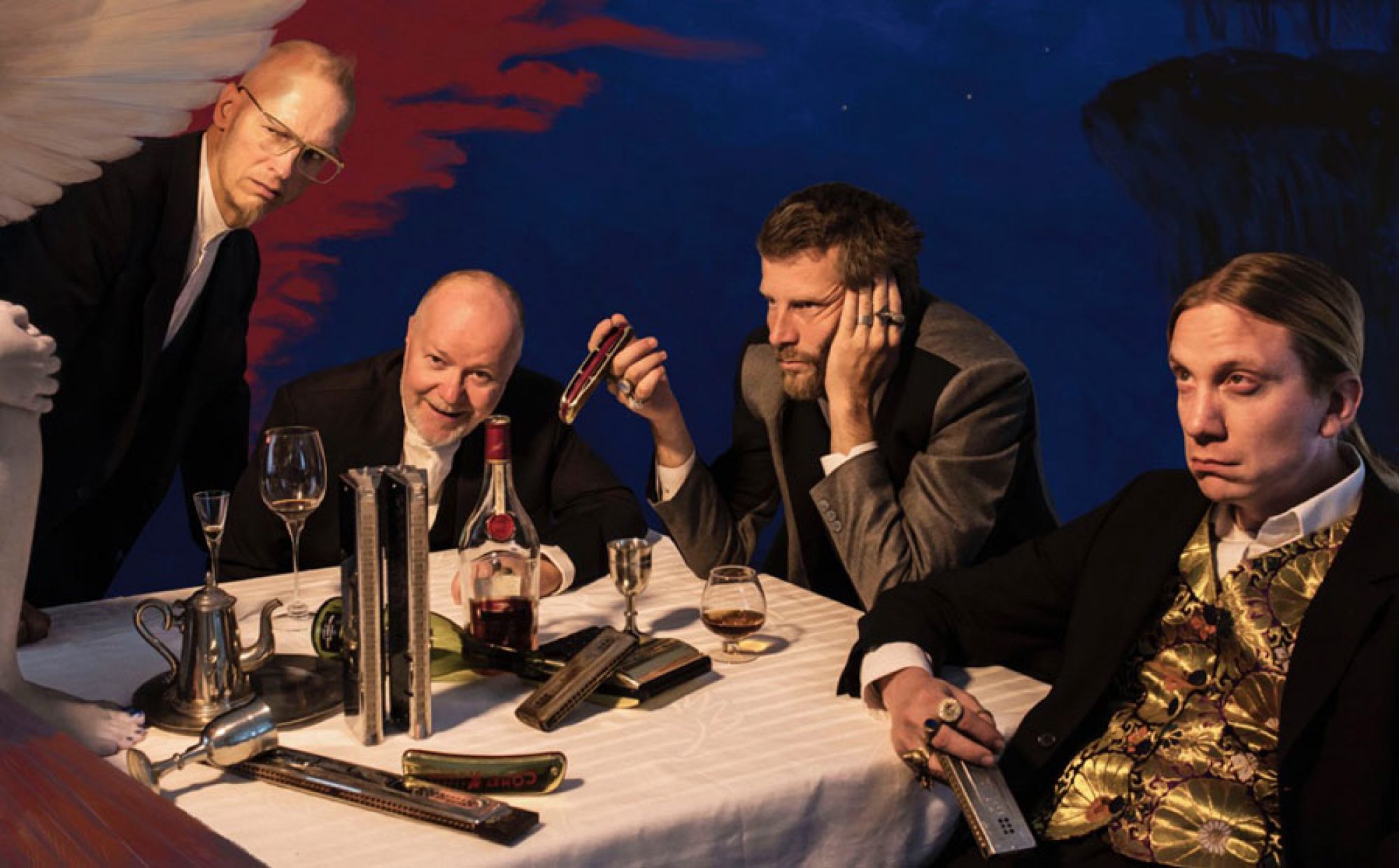 On her freshly released album Lakkautettu kylä (”A Closed-Down Village”, released by Kihtinäjärvi Records) Anne-Mari Kivimäki uses Russian two-row Notka accordion, 5-row accordion and her own voice. The themes of the album are Finnish WWII evacuees, wartime, leaving one’s home and the current reality in a Karelian village of Suistamo that used to be part of Finland but now belongs to Russia. The music has been inspired by the life and the stories told by the Karelian storyteller and accordion player Ilja Kotikallio (1894-1961).

Ilkka Heinonen Trio combines the ancient sounds of the Finnish jouhikko (bowed lyre) with a diverse range of contemporary influences. Elements from jazz, folk, and world music can all be heard on the trio’s debut album Savu, released by Rockadillo Records.

Erlkönig from Ville Tanttu on Vimeo.

Harmonica quartet Sväng’s new album is truly a special affair in the field of folk and world music – on Sväng plays Sibelius the group takes a unique look at the music of Sibelius by arranging his works to four harmonicas. Sväng will head on tour in Germany, Austria and Switzerland in spring, see the dates here.

Okra Playground is a six-piece band made up of folk and rhythm music professionals. On their new album Turmio the music is created with kantele and bowed lyre mixed with modern instruments and soundscapes, as well as strong voices of the three female singers who sing age-old lyrics.

Composer and musician Timo Alakotila, known for JPP and his collaboration with Maria Kalaniemi, is is one of the most productive, influential musicians of the Finnish folk music scene. He is currently working on his solo album, whose record release show will be held on March 2 in Tokyo. Also Alakotila’s duo with Hannu Kella is finishing a new album, as is JPP.