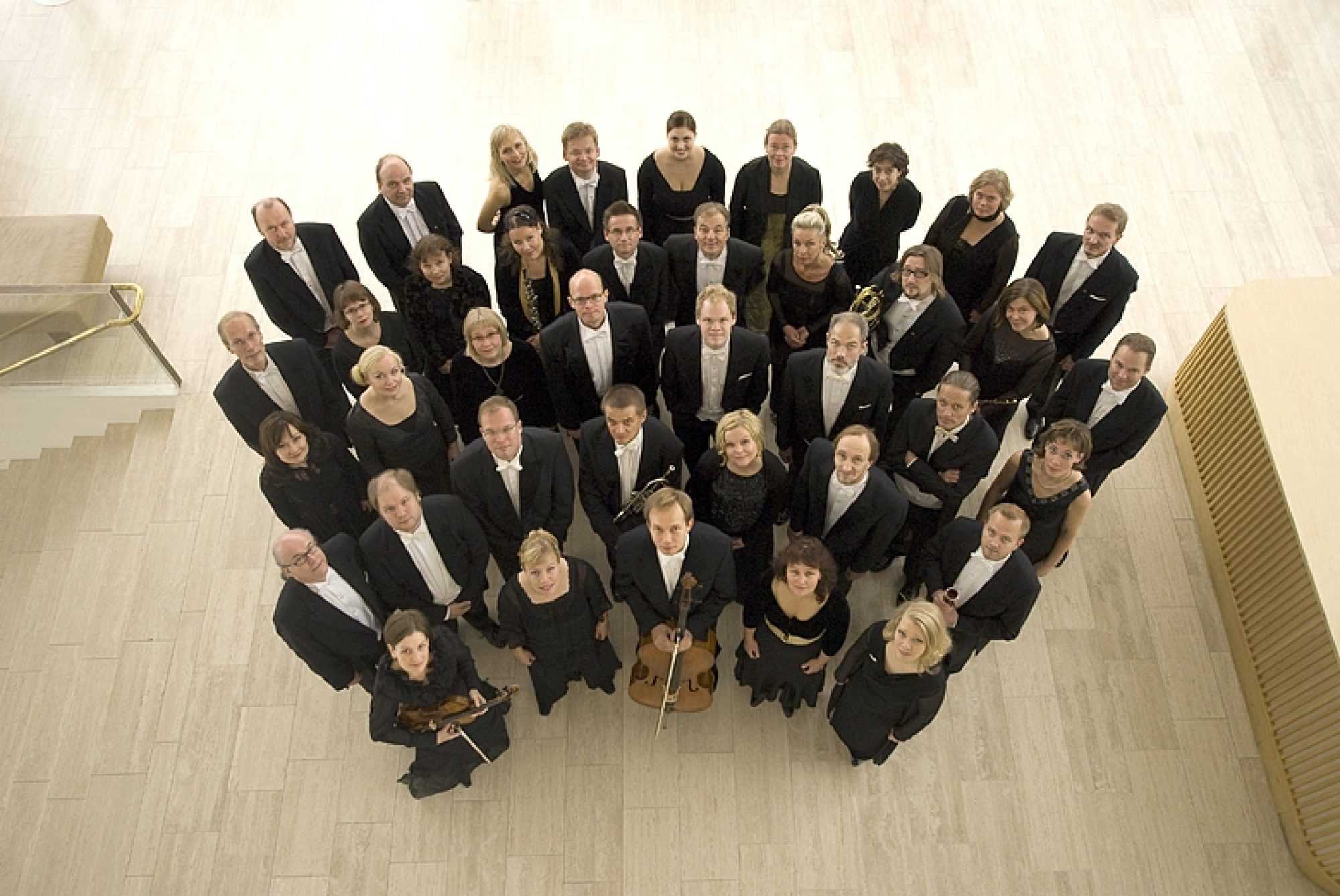 Autumn 2011 brought two new concert series concentrating on new music to Helsinki. Klang, which has set up home at the Helsinki Musiikkitalo, has been presenting the city’s contemporary- music ensembles on the first Monday of each month, while on the second Monday of the month the lesser-known G18 cultural centre has been hosting a series going by the name of Tulkinnanvaraista.

Unbeknown to each other, the series have afforded two completely different perspectives on the very latest music – with different musicians and composers and at different downtown venues. They do, however, have one thing in common: faith in the interest value of contemporary music and a burning desire to perform the newest of the new.

“There’s so much good new music around that audiences really should hear it,” said cellist Markus Hohti, one of the masterminds behind the Klang series, in a TV interview. This simple-sounding reflection prompted the new-music ensembles in the Finnish capital to put their heads together when the programme for the new Musiikkitalo was being planned.

The result was Klang – a series spanning the 2011/2012 season launched in the Camerata hall soon after the Musiikkitalo opened in September 2011. All the groups taking part in the series joined forces for the opening concert: Avanti!, the defunensemble, the Helsinki Chamber Choir, the Finnish Soloists’ Association, Uusinta and Zagros. The repertoire likewise reflected the underlying policy for the season: music composed in the 21st century by both Finns and non-Finns for ensembles of different sizes, including two premieres.

Since September, each ensemble or group has been assigned a concert of its own, as has the Sibelius Academy’s closely-involved Department of Composition and Music Theory. The series has no Artistic Director. Instead, each group is responsible for its own concert.

“We didn’t want the ensembles to renounce their artistic autonomy; rather, we want them to maintain it,” says Nils Schweckendiek, conductor of the Helsinki Chamber Choir. “In this respect the series differs from other contemporary-music events, which usually revolve round repertoire and not the ensembles playing it,” chips in Uusinta’s Lauri Toivio.

Despite their common mission, the ensembles and organisers clearly differ. Avanti!, a well-established line-up that can even stretch to an L-sized orchestra, has booked the main Musiikkitalo hall for its concert, whereas the defunensemble is putting its new electro-acoustic music in the Black Box. Uusinta and Zagros are focusing on chamber music at their theme concerts, and the Helsinki Chamber Choir is investing in numerous commissions. The Sibelius Academy is highlighting its own composition students and teachers, and the Finnish Soloists’ Association is concentrating on solo and chamber repertoire.

Almost all the concerts are deliberately a blend of Finnish and foreign. “The latest Finnish works tend to get heard quite well in Finland, so it’s important to hear what’s going on abroad as well,” says Veli-Matti Puumala, Professor of composition at the Sibelius Academy. “Finnish music cannot develop without engaging in dialogue with what’s happening abroad.”

Klang thus supplements the part played by the festivals in bringing foreign new music to Finland, Nils Schweckendiek reports. “The Musiikkitalo has good potential for proving that Helsinki is an important city by international standards, too, and one where there’s always something first-class and interesting going on. This way we can enter into deeper cultural dialogue with other countries. This cannot rely on cultural exports alone; it must be some kind of exchange.”

Cellist-composer Juho Laitinen began constructing his concert series from a completely different angle. For years he had been dreaming of setting up a concert series. “I had gradually become convinced while living in London, Rome and especially New York that I want to champion ‘experimental new music’ above all else. I had been able to hear and play masses of such music in these metropolises, and because I couldn’t in Finland, I set to work.”

Laitinen found support for his project in like-minded composers Juhani Nuorvala and Kimmo Hakola, who together formed an Association called Uteliaat muusikot (Curious Musicians) that gave its first Tulkinnanvaraista (a Finnish play on words meaning both ‘open to interpretation’ and ‘debatable’ in the sense of – hopefully – stimulating debate) concert in October 2011.

The backbone of the series is artists from both Finland and abroad, and they occupy a more prominent role than repertoire. Laitinen in fact seeks to re-establish the traditional relationship between the composition and performance of music. “The direct link has in a sense got broken as a result of specialisation,” he claims.

“This does, of course, have some favourable consequences, too, since it means that composers can work with sovereign experts. I don’t really want to criticise the traditional, hierarchical composer-work-performer-audience model, but to demonstrate that alternative and more equal models do exist for the sharing of music. I personally am extremely interested in the performer’s personality, memory, psychophysical make-up and so on, and I want to bring out this subjectivity instead of the more objective interpretation of works.

“I have a quite concrete interest in the performer’s ‘own voice’, which can of course be harnessed to works composed by others.” Many of the musicians guesting in the series do in fact play works of their own or improvise, though new commissions have also been heard in the series. “I want people to hear the thrilling and profound music that wells forth from the springhead of experiment, improvisation and the composer-cum-performer.”

Musiikkitalo vs. G18 vs. the media

The differences between the concert series are maybe mirrored metaphorically in their dissimilar venues. G18, where the Tulkinnanvaraista concerts are held, is a new forum for contemporary music – a ballroom in a building dating from the 19th century. Laitinen regards G18 as a lucky find for his concert series. “The attitude to our project has been interested and encouraging right from the beginning. The hall is a suitable size and flexible, it has good resonance, it’s got a decent piano, and even sizeable sound equipment is easy to install.”

Veli-Matti Puumala likewise stresses the importance of new music to the Musiikkitalo, and vice versa. “The voice of living composers must make itself heard where the people are. This is vital for a vibrant culture.” For the performers, too, holding the series at the Musiikkitalo was a fine opportunity. “Putting on a concert there is not easy, because the costs for outsiders are simply exorbitant at the moment,” adds Kristiina Junttu from the Finnish Soloists’ Association.

Both Tulkinnanvaraista and Klang want the concert experience to extend beyond the hall. Puumala emphasises the role of the Finnish Broadcasting Company (YLE) in making Klang more widely accessible; the concerts have been broadcast and can be heard later on the YLE online platform Areena. Tulkinnanvaraista concerts have also been broadcast, and Juho Laitinen personally believes in sharing via the social media.

“The concerts are recorded and excerpts are posted on YouTube. The foreign performers hold public workshops at the Sibelius Academy, and there are video clips of these as well on YouTube.”

The Klang ensembles and Tulkinnanvaraista musicians all have many irons in the fire, and many other concerts and projects scheduled for the season. In addition to their own concert productions they make guest appearances at festivals. Avanti! has its own Summer Sounds festival in June, and Juho Laitinen is organising the fairly new Kallio New Music Days at the end of January.

So there does seem to be a general interest in contemporary music. Kristiina Junttu admits that it’s enjoying quite a boom at the moment, and has been for a decade or so now. “New music no longer exists on the margins – though some of it will always remain there – but it’s part of conventional concert programmes, too.”

Juho Laitinen nevertheless has his doubts about whether audiences really are developing a growing interest in new music. “You always see roughly the same crowd at concerts. This is a challenge for us all: I don’t think we’re yet reaching anywhere like all the people who may potentially be interested, in the other arts, for example.”

If anything, the series possibly indicates that the music field itself is becoming increasingly active. Avanti’s Chief Executive Tuulikki Närhinsalo reckons the concert series show what a lot of new, young, keen and innovative composers and musicians have surfaced. “The desire to make themselves known is what motivates them.” Lauri Toivio agrees: “The young music professionals are more active and more enterprising than they used to be, at a time that does not necessarily promise a safe job at the end of the day in the way it once did.”

One big question hanging over the series is funding, and Juho Laitinen here extols the Finnish system of grants. “We’re incredibly lucky to be able to work as free as we are from financial worries.” The ensembles, on the other hand, could do with a more stable infrastructure, and the Helsinki Chamber Choir, for example, hopes in the future to become part of the regular state-aid scheme. “The Choir is already producing work of a high standard, and I can only dream of what we might achieve if we could work more regularly,” says Schweckendiek wistfully.

Do the Finnish new-music concerts still leave anything to be desired? Veli-Matti Puumala can think of several things. Large-scale new works, and ones scored for large ensembles, are seldom heard, almost only at festivals. There are also shortcomings in contemporary opera with a social message, as indeed in serious music theatre in general. “And we don’t hear many works with complex electronics or, say, visual elements. This is a hole the defunensemble has very worthily patched and I hope it will become even better established.

“Also rare in Finland are works questioning the traditional concert institution, and performances in unusual places. We could do with some of those, to offset the Klang series operating under the aegis of the Musiikkitalo.”

Juho Laitinen has noticed the same trend and would like to see more spontaneous action in the field. “Most of the music-making nowadays takes place within the confines of stiff and grandiose structures. But music does not need these. This system would appear to somewhat curb the more experimental trends. Maybe solid art, carefully construed and performed by cast-iron professionals suits our national identity better than art that is spontaneous, wild and potentially a failure.”