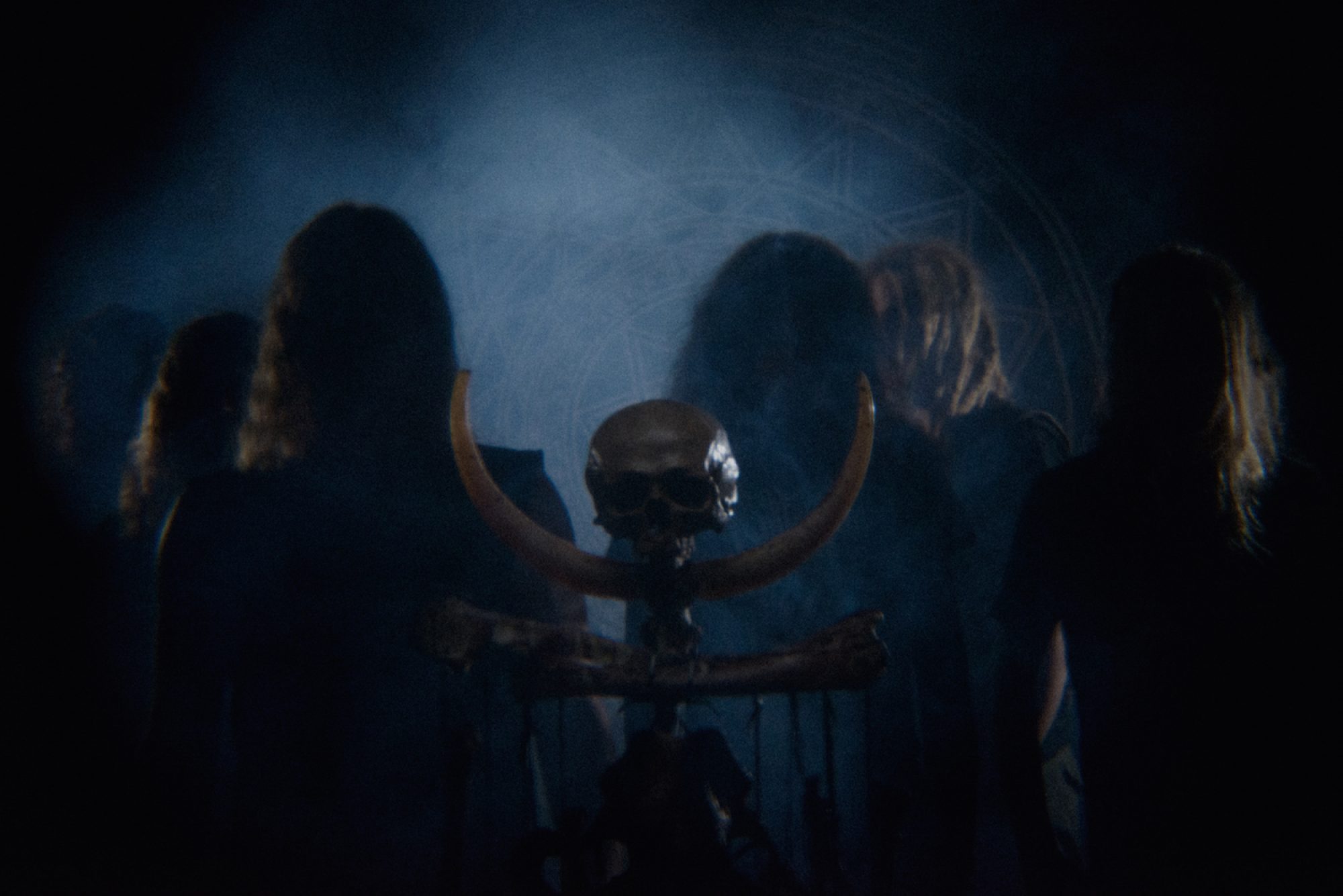 If you ask its visitors making the travel faithfully year and year again, Roadburn Festival is a pilgrimage. Every spring the underground music festival gathers lovers of all things heavy and riff-centered from all over Europe and even the US, Australia and Japan to Tilburg, the Netherlands.

Finland is represented in Roadburn by some 200 festival-goers and a handful of bands yearly. April 2016 sees the ”Finnish takeover” as Dark Buddha Rising, Mr. Peter Hayden, Abyssion, Oranssi Pazuzu and Atomikylä occupy the Roadburn stages. The festival has presented several local musical movements before, but five different bands from a basement located in a 3000 inhabitant neighborhood Nekala (in Tampere, Finland) must be a record of some kind.

“We started to record improvised sessions in our rehearsal space studio more than a decade ago. It has room for all of our instruments, which enables different members of different bands to jam together and create something new”, explains Vesa Ajomo from the band collective that goes by the name Wastement.

Building up the tension

Dark Buddha Rising released its fifth album Inversum (2015) via Neurot, an American label ran by the members of Neurosis. The record consists of two tracks both clocking over 20 minutes. It’s heavier than most people’s conception of heavy music and its swirling repetitiveness hypnotizes the listener to edge of sanity. Music critics label the record as psychedelic doom.

“We build up the tension by repeating the musical themes to the climax”, Ajomo describes their method. “But a groovy rhythm section is also a very vital element!”

Dark Buddha Rising may have the highest profile of all Wastement bands, but that’s solely a merit of their music. The band released their first albums by themselves, did no PR whatsoever and didn’t even have a Facebook page until recently. Dark Buddha Rising did everything in the truest fashion of underground: the responsibility to find the band was left to the listeners, gig promoters and media.

“Moving away from the margin and making musical compromises feels repulsive to us. I can’t imagine that being an option. We don’t feel the need to satisfy anybody but ourselves. I think the appreciation for these Finnish bands come from a combination of distinctiveness, absoluteness and a certain modesty” Ajomo explains the Wastement bands’ appeal.

Towards the next truth

Finland has indeed spawned a number of recognized acts when it comes to genres operating with low tuned guitars:  doom, stoner, post-metal and beyond. Success stories are a rare breed. Lauri Kivelä from Mr. Peter Hayden agrees with Ajomo’s thought that it might have something to do with that aforementioned “certain modesty”.

“Perhaps we focus more on our ’main thing’ than being successful. Therefore any appreciation we get comes from our modus operandi. Our healthy artistic ambition and the need of self-expression outweigh any necessities polluted by hedonism”, Kivelä says.

Mr. Peter Hayden underlined these underground policies by changing its name earlier this year to a monogram formed by the letters P and H. Because that symbol is not yet found on common keyboards, we still have to refer to the band by its former name.

If Dark Buddha Rising stretches the common song lengths customs, Mr. Peter Hayden knocks them out of the ballpark. The band’s third album Archdimension Now (2014) is comprised of a single song split on two CD’s. It’s a cinematic post-metal journey travelling through different sceneries and emotions which – like the previous efforts – got rave reviews.

“First there was the time and its processing, then came the various curves until finally they too were destroyed” Kivelä says cryptically.

”When playing live we’re always heading towards the next truth – exploring it and getting to know the elements ahead us”, he continues.

It certainly seems that while the artists themselves can describe their esoteric sounds in colorful wordplays, the borders of this buzzing music are hard to perceive for a novice. Throwing a pinch of icy black metal in the mix will finalize this disoriented trip.

“The problem with many movements is that people try to sound like the father figures of them, instead of letting the music grow freely. Our band is about diving headfirst in the unknown darkness. The sound we make is black smoke and we hope the listeners will lose themselves in it”, says a member of Oranssi Pazuzu who goes by the pseudonym Ontto (which translates to ”hollow”).

It’s been a couple of years since Oranssi Pazuzu’s latest full length, Valonielu (2013), so we can expect new explorations in psychedelic black metal galaxies soon. About the band’s growth potential, Ontto keeps in line with his fellow Wastement brothers.

“Individual bands are a fly’s fart in the cosmic scale. We keep doing our thing and see if listeners are still interested.”

Abyssion are the freshmen of Wastement. While the band incarnates to Jose Rossi, his version of stripped down black metal gets help in form of intergalactic sounds from Dark Buddha Rising and Mr. Peter Hayden personnel. Abyssion’s debut, Luonnon harmonia ja vihreä liekki (2015), got surprisingly high praise among the press and fans of underground metal – breaking probably even more genre barriers than the bands mentioned above.

As this gang, wearing biker themed leather vests with Wastement top rocker patches, get ready to rise from their basement to Roadburn I finally get a concrete answer from Rossi.

“I expect stress and cramped airports that finally lead to a great party. That is bound to happen when all my friends from Tampere are playing and drinking!”

After all the rhetoric: that must be the essence of this sonic art.