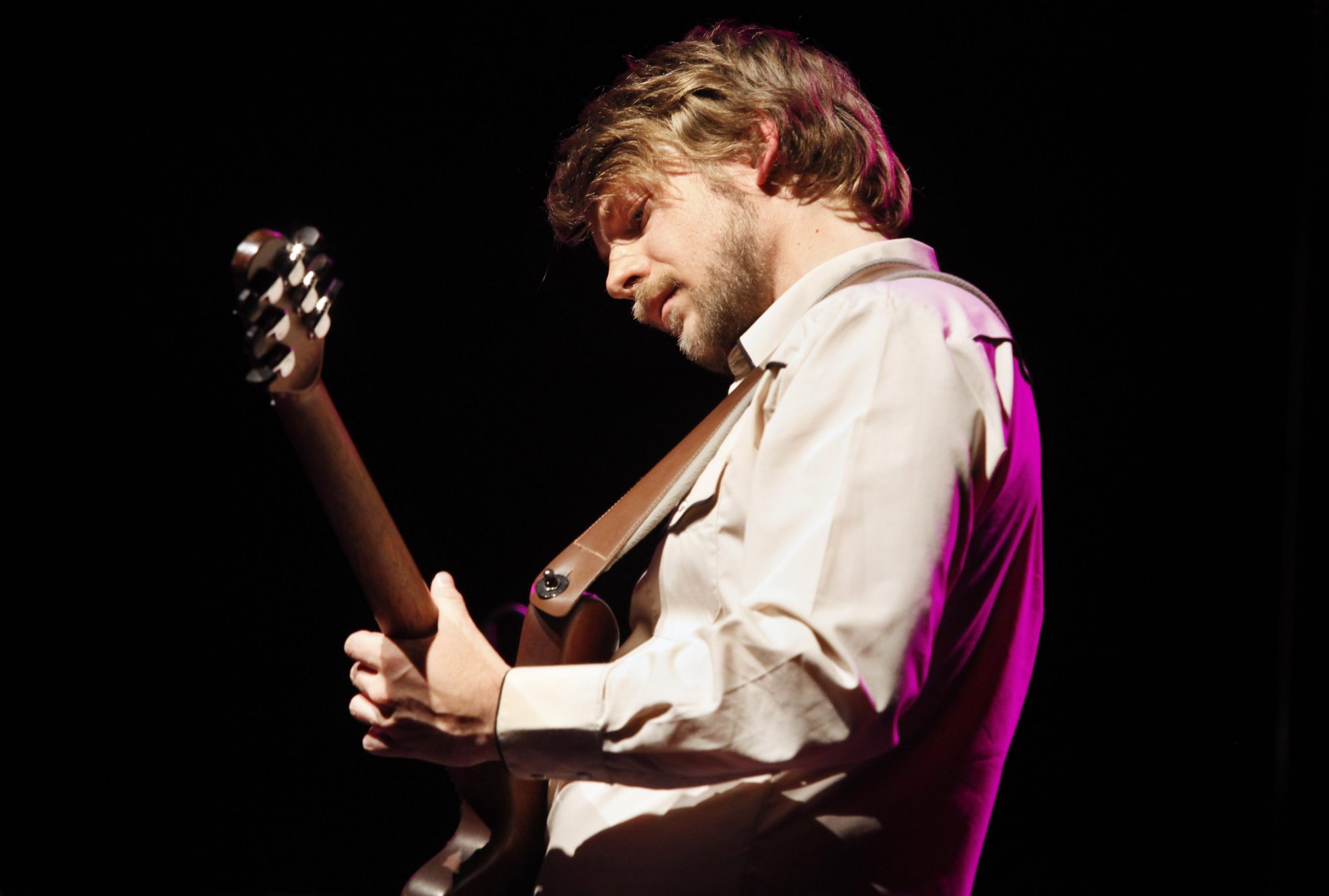 Kalle Kalima is releasing new albums this spring with his groups KUU!, K-18 and Johnny La Marama. KUU! performed at jazzahead! on Friday April 25 and won the LiveKomm Club Tour - The Pop Club's Jazz Award at the event.  We asked a few questions from Kalima ahead of the performance in jazzahead!

Tell us about your group KUU!

KUU! is a collective from Berlin. It’s Serbian singer Jelena Kuljic’s unique sound combined with two guitars and drums. KUU! just released their first album Sex gegen Essen and it has been touring in Germany promoting it. I have composed most of the material but every one is involved in that process. Most texts are from Jelena.

Along with her own band, Yelena K & The Love Trio, Jelena has been a featured guest in many music projects, such as Y Move (MinorMusic) and Fasil (ECM). As a singer and actress she has worked extensively with the prominent directors, David Marton and Constanza Macras.

Drummer Christian Lillinger plays in the trio Hyperactive Kid. He leads the group GRUND, which has released two albums on the Clean Feed label.

Your new release with your other group, K-18, is titled Bunuel de Jour. What is the concept behind the record?

I only discovered the films of Luis Buñuel a few years ago. I had, of course, known of him even before that, but was simply born too late to have seen any of his films when they enjoyed considerable critical and even popular success, particularly in the 1960s and the 1970s. Luckily, I found a Buñuel box in my local video store in Berlin that mostly contained later films that he had directed during those two decades.

The first film that I watched was La voie lactée (The Milky Way, 1969). I was totally fascinated by its surreal plot. Its allusions to the role of religion in our lives were really fresh for me. Although surreal, the film has remarkable depth. Following this first exposure, I then watched all of the Buñuel films that I could find and became a fan.

For Buñuel de Jour, I picked certain essential films directed by Luis Buñuel to serve as a starting point, with each composition inspired by and named after a particular film, rather than using individual characters, locations or scenes from films as inspiration as I had done for the first two K-18 recordings. “El Padre” is an exception, as it is dedicated to Buñuel himself with no reference to a particular film.

Do you have other projects currently?

Johnny La Marama just released a new album Il Purgatorio. It’s the band’s fourth album. (Stefan Hentz from Jazzthing described the album as follows: "the total sound is so beautiful and bewitching that we urgently advise against a sinless life.”)