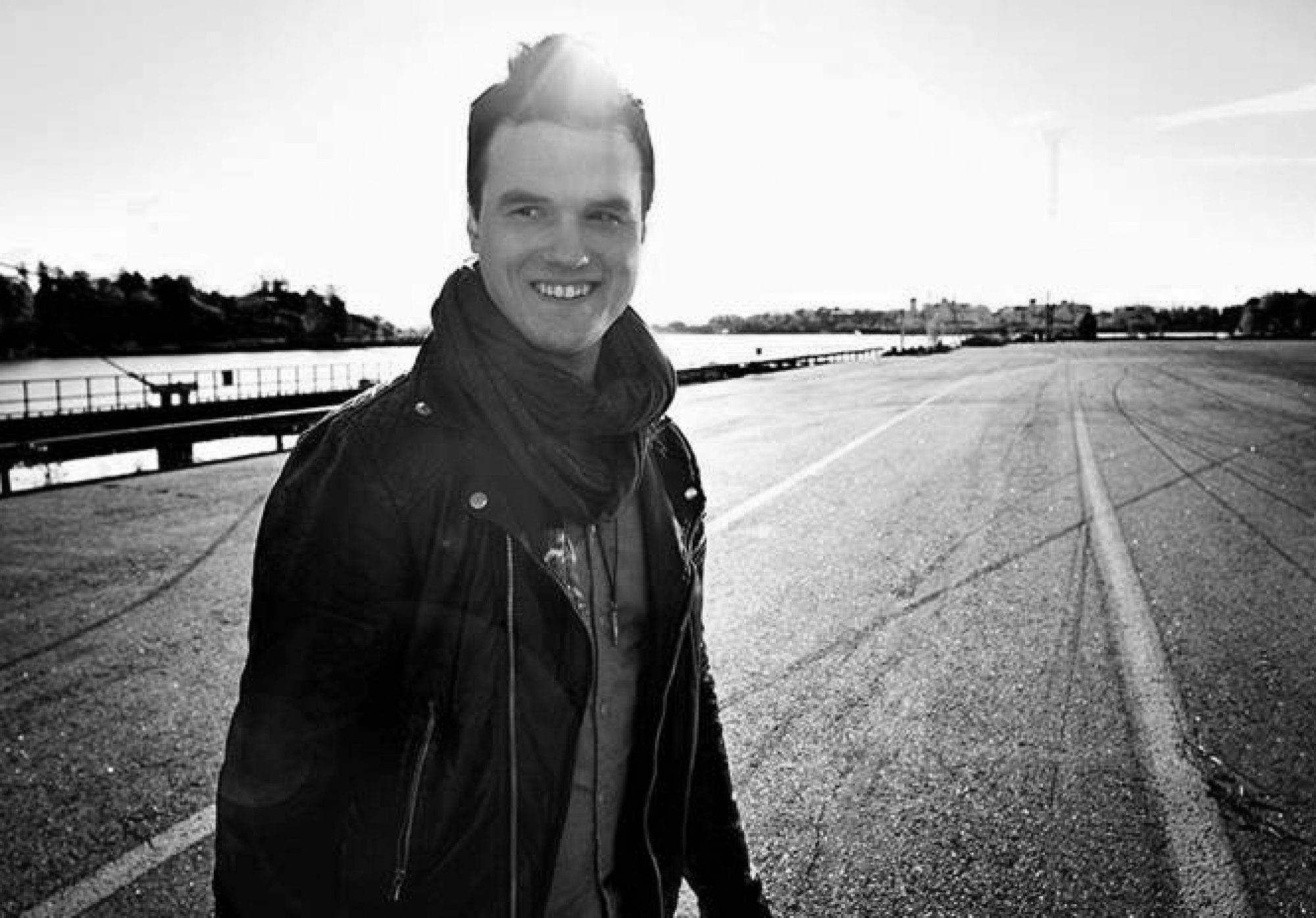 Back in December we talked to Isac Elliot, the teenage popstar trying to conquer the world, and now it’s time to say hello to the person who made his debut album happen. Within a year Joonas Angeria has become one of the most promising producers out there. And he might just be the one to bring Finnish pop to international listeners on a large scale.

At least he’s off to a good start. Elliot’s debut album Wake Up World took the number one spot on the Finnish Album Chart, and peaked at number four on the Norwegian charts. A lot of that is thanks to ”New Way Home”, which was a big hit here and abroad. The song took off like a rocket even surprising the people behind it.

The story behind the single is simple. It all started one morning at a songwriting camp in Copenhagen, with Angeria sipping red wine and going through a random melody. His Australian colleague started humming a tune and Angeria immediately picked up on it. Four hours later the song was done.

“Except for the lyrics. They had to be changed, because it was originally written for an adult”, says Angeria. He’s sitting in his comfy producer’s chair at Fried Studios, located in the hip area of Punavuori in downtown Helsinki. He recognizes the challenge of writing for a teenager, but there are also upsides.

“In a way it’s easier, because you don’t need as many fancy sentences. If you have a good clear concept, that’s enough. But it is difficult avoiding any vulgarities or sexual references. Especially since Isac himself is really into Justin Timberlake.”

Angeria says the biggest challenge is writing music that is relevant and “cool” both for the pre-teens flocking Elliot’s sold-out shows, and for the 25-year-olds listening to it at home.

Robin, another teenage pop star Angeria’s worked with (see “Onnellinen” on his third album Boom Kah, out last year), has in a way succeeded with that. His songs on Boom Kah are still those of a young protagonist going through teenage difficulties, but because the lyrics sound authentic – and not something written by middle-aged producers trying to channel their inner youth – even an older listener can relate to them.

“Robin has grown, he’s getting sportier and smarter every day, and he’s also getting interested in girls”, says Angeria. “That’s why the new album sounds even more like him.”

Angeria’s own history in music is relatively short. Born in Rovaniemi in Northern Finland, he moved to Helsinki at 20 to study music technology at Helsinki Pop & Jazz Conservatory. After a year he got an assistants position at Neomusic, hosted by Janne and Miikka Huttunen. The rest is history.

“Originally I was aiming for professional ice hockey. But once I got injured I had to come up with a back-up plan. I had played piano and written songs from an early age so studying music was a natural choice”, says Angeria, who’s still registered at the school but isn’t in any hurry to graduate.

“I’m really grateful for my time at the Pop & Jazz Conservatory, but I quickly noticed that they concentrated on a lot of things I didn’t find that important. The attitudes towards commercial pop in Finland seem to still be largely negative, and the school certainly didn’t help. I just had to start doing my own thing.”

After getting a producer’s position at Fried Music, co-owned by Jukka Immonen, he’s getting an opportunity to do just that. As a young rookie he’s mostly working with fresh new talents, including the Norwegian pop singer Julie Bergan, whose new single ”Younger” was just released in Finland.

Most of Angeria’s time is however dedicated to Elliot’s sophomore album, scheduled for later this year. The challenge is to make it contemporary. Angeria says EDM has reached its peak, and it’s difficult to tell what will come next. Avicii brought bluegrass to dance music, which is one option. The key is bringing something new to the mix, whilst maintaining the core principles of pop.

“We have to dig up new things from the underground and blend them in with the mainstream pop language. The Beatles are still relevant, which says it all about the importance of a good melody. That never goes away”, Angeria says, and adds: “Ultimately it’s the biggest songwriters like Max Martin who decide what happens next. Their circles are small, so whatever they put out, people are gonna relate to. There’s no magic to it.”

If Elliot’s sophomore album is as big a success as the label believes it to be, Angeria will be one step closer to his ultimate goal. Which is something only a few Nordic producers have ever achieved.

“I want to get a number one hit on Billboard. That’s my dream. It requires an insane amount of work, thousands and thousands of hours, but I’ve decided that I’ll get there. I need concrete goals to keep myself motivated”, says Angeria, and quotes a famous Finnish ice hockey player: “Teemu Selänne once said ‘progress ends in complacency’. Even if I’ll never make it, at least it won’t come down to not trying.