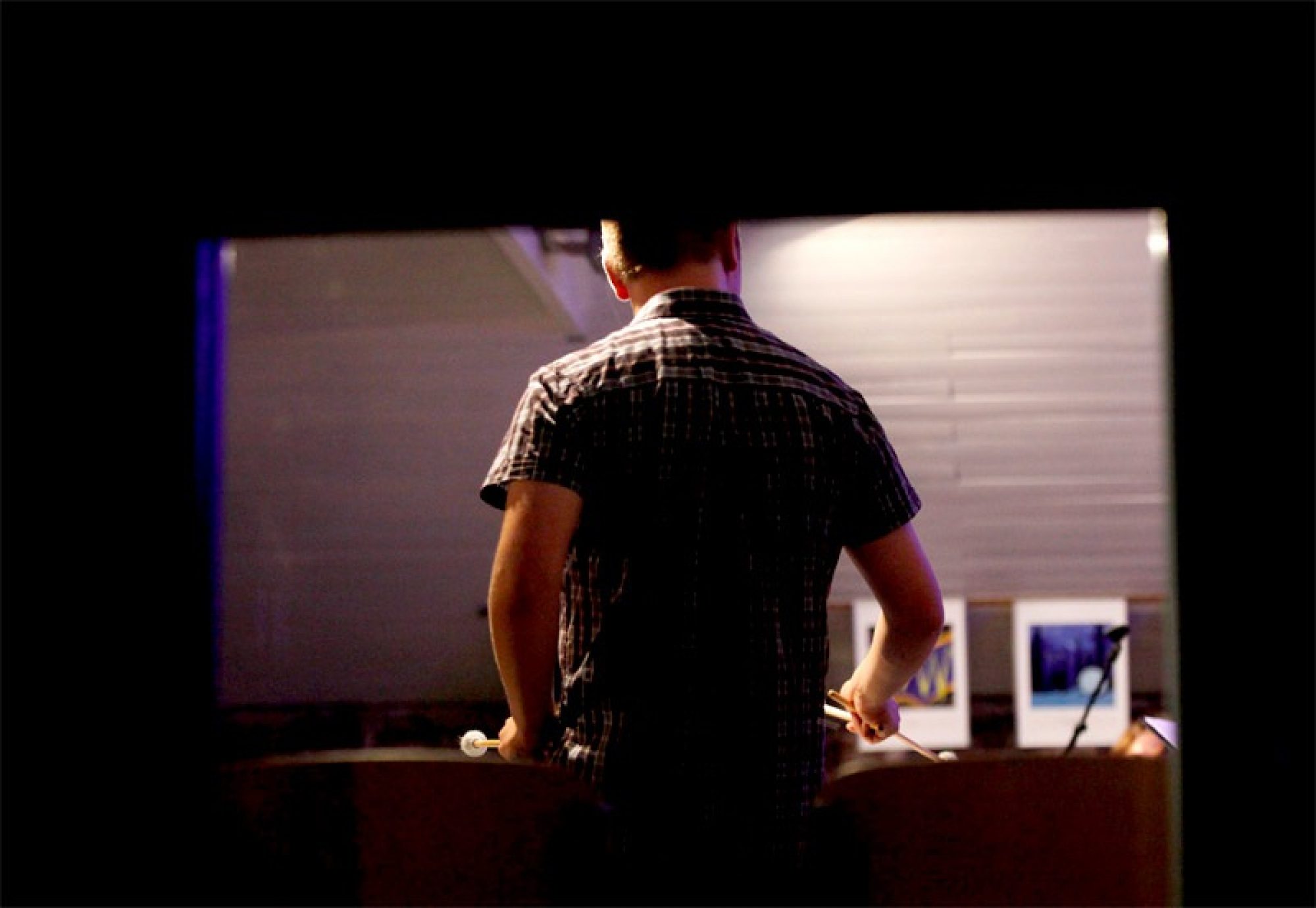 The Helsinki jazz club scene is buzzing at the moment, and a large amount of the action is organised by musicians, self-providing themselves with meaningful platforms of interaction.

Luckily enough, there's not that much talk about the lack of a single, seven-days-a-week jazz club in Helsinki. The amount of independent club nights blooming all over town and offering not just a variety of musical approaches but also a wide range of differently-toned venues should appease even the most discerning jazz palate.

Among the recently-activated musician-driven club initiatives are the Koko Jazz Club, a venue organising some 2-3 gigs per week, the "Jälkilöylyjazzit" ("After Sauna Jazz") at Bar Nyyrikki in the atmospheric Käpylä region of Helsinki once a week, and the club nights ran by groups inviting guests to perform, such as those by the groups HERD, Halme Prospekt and Oddarrang, each putting up 3-4 nights during fall 2012 season.

While the Helsinki scene may be active as such, it seems that there is never too many of those who would actually take action and make events happen. Perhaps therein lies the reason for such a rise in the activity of jazz musicians as organisers?

”I think nowadays there are a lot of requirements for musicians to act not just as artists but also in a variety of other roles”, says drummer Olavi Louhivuori of Oddarrang. The band has staged club nights where the ensemble plays a live soundtrack to a film premiered at the event. ”It’s a positive thing to be able to learn from doing many things, as long as there is a balance in it all, and enough time for making music.”

Panu Savolainen, the vibraphonist of HERD, agrees. ”Musicians are required to provide themselves with job opportunities, which is directly linked to not having too many club formats or agencies to work with. Musically, doing things on our own gives a lot of artistic freedom, of course.”

HERD’s club night at the Finnish National Theatre’s ”Lavaklubi” space has the trio take the stage once a month, always with a different guest.

Drummer André Sumelius, one of the main curators of the jazz events at Nyyrikki says that being able to provide the venue owner with an assembled roster of talent  is paramount in gaining commitment from a venue. The music concept "Jälkilöylyjazzit" presents follows their own guidelines for presenting ”swinging, energetic and dynamic” music for their audiences.

”The venue owners do not necessarily have all the specific know-how required for putting together jazz events, so they seem to be eager to commit to ideas which are well produced, even if it would mean taking some risks financially.”

Bass player Timo Hirvonen, who runs Koko Jazz Club together with drummer Jussi Lehtonen, has a note on the concept of ”jazz club” as such. ”I think a series of events does not qualify as a ‘jazz club’ per se”, he says. ”In my opinion, a jazz club is a venue which has steady, ongoing programming and is operated from a musical starting point.”

While the discussion of having a distinctive ”jazz club” in Helsinki has been tamed recently due to the influx of new quality jazz events in the city, it seems that Koko Jazz Club has indeed filled a void in that department. Another part of the puzzle are the individual club night series, as represented by the other active members of the scene mentioned here.

André Sumelius adds that he has never been to a city where there wouldn’t have been some talk about the lack of a steadily-operating jazz club, so terminology aside, things are looking up for jazz in Helsinki, at least if the sheer amount of events on the calendar is any indication.

”All of these new projects are evidence that this music lives and breathes in a live concert situation”, says reeds man Hepa Halme of Halme Prospekt, who runs a workshop-themed club night "Prospektor" at the venue Korjaamo. ”For any musician, it’s important to be able to play for an audience in order to keep progressing as an artist.”

The euros and the cents

The most obvious dilemma for anyone organising pretty much any kinds of events is how to make the ends meet financially. Especially in such an outside-of-the-mainstream art form as jazz, this functions as one of the key elements in live music production. The Finnish scene with a high level of professionalism in jazz musicians also demands equally professional approach on the level of production to match the financial needs.

”The financial side of doing club night is very challenging”, says Olavi Louhivuori. ”The most important thing in my opinion is that events should not be organised for free by using just grant money from different public bodies.”

Another thing altogether is the right ticket price. The musicians organising events agree that there’s no such thing as ”free jazz” when it comes to presenting their music live.

”Putting the music out there is not without some cost, so I hope that the trend of free entry concerts does not get any more prominent here in Finland”, Louhivuori adds.

Panu Savolainen agrees: ”It’s one thing to have the musicians paid even though there is not a ticket being sold at the door, but to teach the audience that they don’t have to pay to see a band play live is downright dubious.”

In addition to sheer concert revenue, there are those aforementioned cultural grants to be had. But how does the system work for the present case?

Most of the organisers seem to think that the grant is only a little something to smooth out the roughest financial edges of the operation, not anything to provide a solid ground for the workings of a steadily-functioning event. A quick Q & A reveals that the audience numbers for an average jazz gig in Helsinki presently range somewhere between 30 and 150 spectators.

Of the club projects discussed here, the Nyyrikki project currently runs without any funding. ”The bar owners took the risk and in the end gained something doing it, since they have found an entirely new clientele through the project”, Sumelius says.

”I think it’s a good thing that there are places to apply from, but of course it takes a lot of time to only track them down, not to mention all the other production work”, Panu Savolainen says. ”I think most of my time, all in all, is nowadays spent on things not discussed during my studies at the Sibelius Academy”, he laughs.

The situation at Koko Jazz Club is naturally quite different, as the amount of concerts is much higher than in band-run club night series. Timo Hirvonen confirms that the amount of funding coming in is quite minimal in comparison to their budget and activities, and also adds another dimension into the discussion.

”There should be a way of finding some private investors to take part in the projects. In the end, we’re fighting for the same money as, for example, football, so we would also need more lobbying politically to get the finances right.”

What it's really about

What it all comes down to after all the production work, balancing the finances and getting some people in, is the music. According to the main Helsinki protagonists, the musician-led club projects have brought with them a lot of good memories, even in such a short time.

”Those passing moments at the club nights when the performer and the audience come together as one to produce a moment of remarkable delicacy and power at the same time are something that have stayed with me”, says Hepa Halme.

For André Sumelius, it’s the location and the concept working together more and more that provides the goosebumps: ”The fantastic first nights and the steadily rising attendance numbers tell me that we’re doing something for which there’s a demand in that part of the town.”

Olavi Louhivuori states producing the first ”Oddarrang in Cinema” event as a highlight in itself. ”It really was a hard-fought victory to see it all come together”, he says.

HERD has had a good start for their concept and plan to continue it in 2013. ”Everything has gone well, but if pressed, I would say the highlight for me is that The Finnish National Broadcasting Company YLE agreed to record our final club night for the fall 2012 season.”

For Koko Jazz Club and Timo Hirvonen, the second coming of the concept with a new location began with a bang as American sax great David Liebman made a surprise guest appearance at the opening night. En route to the hotel after the sessions, Hirvonen asked for Liebman’s advice on how to run the club.

”David said that you have all that you need here, but there’s just one wish”, Hirvonen says. ”Keep the place open even after last orders as the bar closes, he said. Sometimes there might be a late jam session which makes it all worthwhile. This was a good piece of advice coming from a guy who has heard John Coltrane Quartet on more than 30 late nights into early mornings during the 1960’s", Hirvonen remembers.