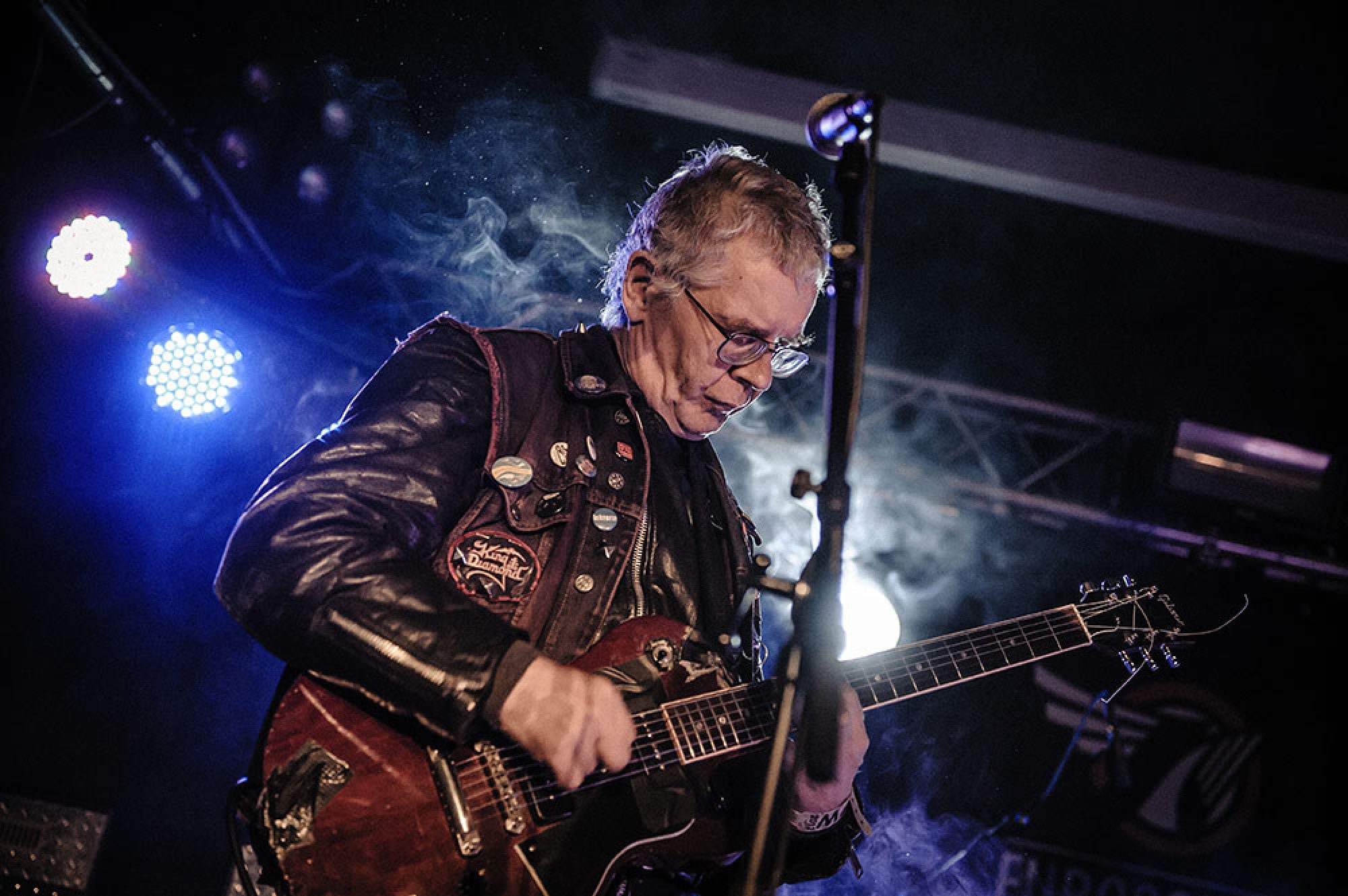 Pertti Kurikan Nimipäivät (‘The Namedays of Pertti Kurikka’) is a punk rock band established in 2009, consisting of four members with learning disabilities. The band was devised as a result of an art workshop, and linked also to a fiction movie project centering on the rights and possibilities of a disabled person for independence and love (Vähän kunnoitusta aka Gimme Some Respect, 2010).

In 2012, a feature-length documentary film Kovasikajuttu (The Punk Syndrome) was released, depicting the band’s “rise to fame”. In 2015, the band was elected as the representative of Finland to the Eurovision Song Contest (ESC).

Undoubtedly, the success of PKN attests to the empowering aspects of music for the disabled. Within the genre of punk, the band has been totally able to create both credible output and a solid fan base.

According to some commentators, the band has taken punk back to its roots with their short exclamatory songs that rely on unpretentious and straight-forward beats and distorted guitar riffs. The lyrics are often if not exclusively about social injustice, as experienced by the band; the band members themselves have noted that the worse the day has been for vocalist Kari Aalto, the better lyrics he comes up with.

The achievements and success of Pertti Kurikan Nimipäivät are worthy of celebration, but there is also a need to situate them in the broader societal and cultural context of (dis)ability and minorities. PKN at the ESC attest to the complexity of the issue, and one can only hope that they do not end up as being treated as just another quirky joke from the northern fringes of Europe. They need to be taken seriously because they represent the disabled but also because they represent the society as a whole.

One can argue that PKN challenges the conventional criteria of musicianship. Yet one can also ask if there is a connection between the punk rock sensibility and ideas about disability here? The obvious risk is either to think of ‘disabled people’ as worthy of only punk rock, or of punk rock as ‘music for the disabled’ that ‘anyone can play’.

With the ESC context, also questions about national identity come to the fore. In the ESC, different nation-states are set against each other, and while the musical styles and song languages may not be the competing countries’ traditional ones, ideas of national identity are communicated. Especially when the performances include cultural expression of minorities, the tension between recognition and appropriation emerges. In previous years, this has pertained to ethnic minorities; this year, PKN extends the issue towards disability minorities.

A case in point is provided by the tendency to connect PKN’s authenticity to Finnish-ness. Thus, the Finnish national identity is elevated as both tolerant and unpretentious.

Antti-Ville Kärjä is Academy Research Fellow with the Academy of Finland.