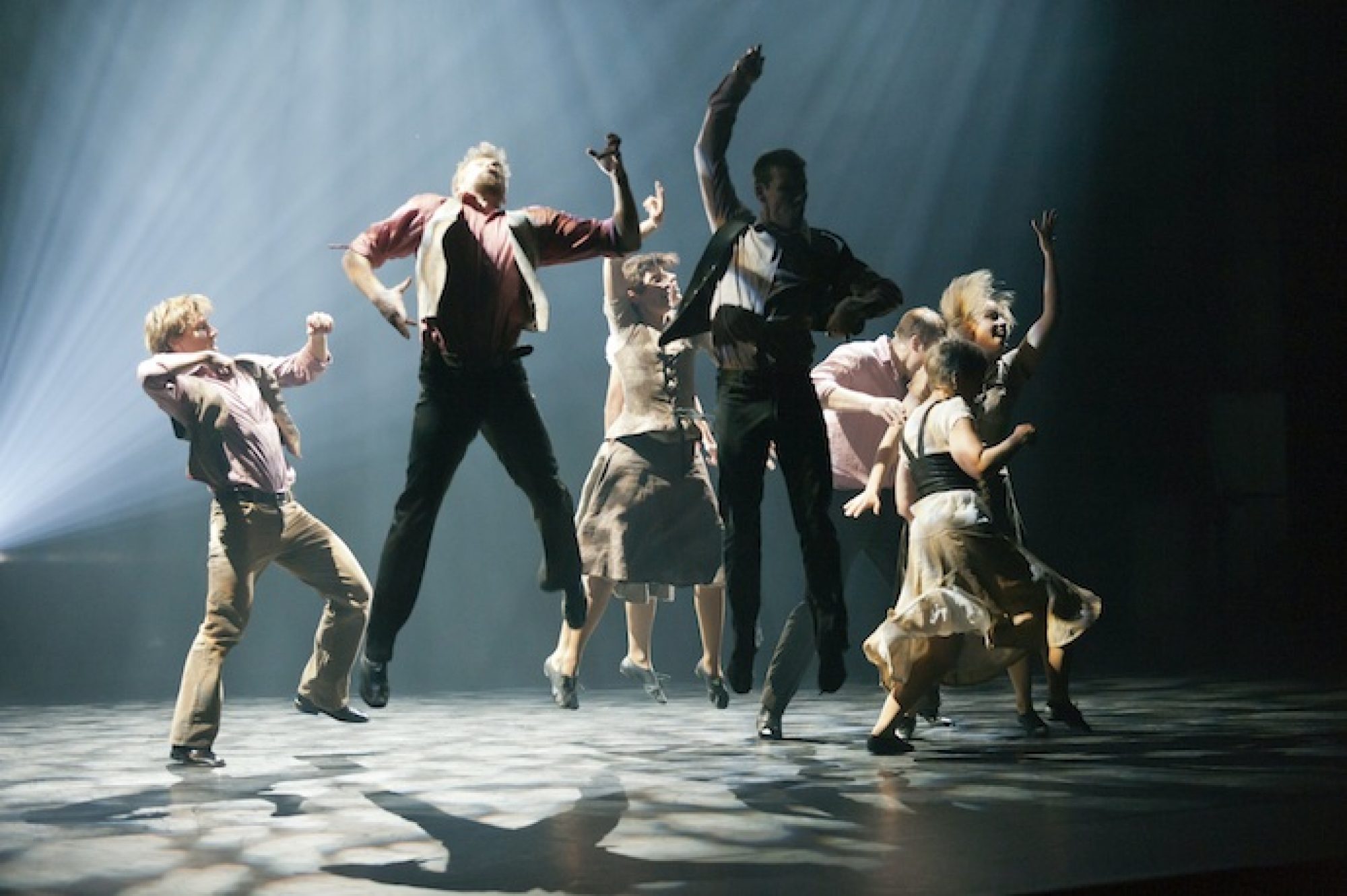 Dancing and music used to be joined at the hip. In folk music, this symbiotic relationship was preserved for a long time due to the fact that the bulk of traditional music is actually dance music. Today the connections between these two art forms are being examined at the Sibelius Academy Folk Music Department and through the many and varied projects of the Tsuumi Dance Theatre.

Sweat is flowing copiously and the folk dance band cranks up a gear when the called quadrille goes into full swing at the 30th-anniversary party of the Sibelius Academy Folk Music Department in September 2013. The traditional dance consists of turns: in other words, simple movement phrases with a partner beside and opposite. The leader of the dance calls out each turn – hence the name of the dance!

In this celebration, the dance moves draw on the particular characteristics of the Folk Music Department, in addition to the more traditional figures – and I have personally witnessed the sight of a hall full of dancers twirling around nicely and traditionally with their partners, then suddenly collapsing on to the floor, furiously working the bellows of their air accordion in search of their inner Kimmo Pohjonen, and the next moment picking up the basic quadrille steps as if nothing had happened.

From an outsider’s point of view it all looks like pure madness, but in actual fact all the basic tools of folk music are represented: dancing, music and the connection between the two.

“Traditional music is largely dance music. It’s impossible to learn to phrase it naturally if you don’t have any understanding of dance,” explains Vilma Timonen, kantele player and lecturer at the Folk Music Department. Folk dance is a compulsory course in the folk music degree – a fact that has remained unchanged throughout the history of the Department.

Other compulsory courses are devoted to examining the holistic all-round artist ideal. The courses are based on physical work and letting loose through improvisation. “We want to provide our students with an experience of how it feels to express yourself in a wider context, outside of your own instrumental skills. I am here, all of me. This is a lesson that’s hard to teach through theory, it’s something that has to be felt through every cell of your existence,” explains Timonen.

Many areas of performative arts are widely explored during the studies – no wonder, then, that folk musicians tend to find work right across the wide field of the arts. Timonen herself is a good example of this: in addition to teaching, she gets to explore that holistic all-round musician ideal through making use of theatre and dance in her various productions for children and adults. Timonen learned to dance at the Sibelius Academy.

From dancing to composing

“Although I wouldn’t be comfortable dancing in public, it’s crucial for me to understand dance,” says accordionist Hannu Kella, leader of the band Tsuumi Sound System. “I have accompanied dance groups since I was a child, and it’s self-evident to me how different dances work. You can immediately see it in the dancers if the tempo is a bit off.”

Growing up with dance led Kella to choose his profession in folk music. “Luckily, folk dance tunes were so boring that I had to start making my own arrangements and compositions. This kept me interested in the playing even through my teenage years when there was a danger of being lured away by other interests.”

When the amateur dancers Kella had worked with began their professional folk dance studies, they asked their familiar accompanist to compose music for their choreographies. This is how Kella ended up getting involved with the Tsuumi Dance Theatre. The idea was to present contemporary professional folk dance and music to Helsinki audiences, tourists and residents alike, by a team of eight dancers and four musicians.

In the early days, the core of Tsuumi’s existence was a folklore show which was presented each summer at different stages around Helsinki. In addition, the ensemble wanted to create productions that would be based on tradition but treated with artistic freedom. Kella’s role in the group was as leader of the band until 2007, by which time the eight-strong accompaniment group was in sufficient demand to work as an independent music act. The Tsuumi Sound System then separated from the dance troupe in order to concentrate on their own band activities.

The collaboration with the dance theatre and the musicians has continued since the separation, but through smaller groups. In 2014, when the Tsuumi Dance Theatre will celebrate their 15th anniversary, the full ensemble will reunite with the dancers for the first time – if the budget allows. Tsuumi Sound System released their new album Floating Letters last spring. The material, with its tricky time signature changes, is not the easiest to dance to, Kella ponders. “But it does make you move.  The urge to make our music danceable comes from somewhere deep within – that’s the whole foundation of being a pelimanni musician!”

Tsuumi Dance Theatre has produced some 50 full-length dance productions over the years. “We usually have one to three opening nights each year,” says dancer Salla Korja-Paloniemi, one of the founding members. The above-mentioned anniversary year promises to be celebrated with an extensive tour as well as three new productions.

One of the Tsuumi Dance Theatre’s independent projects is TSIP, a collective where folk dance and music professionals examine improvisation that is rooted in tradition but not tied to conventions. “We have a strong idea of everyone doing everything: musicians move and dancers make music. We all strive to broaden our horizons,” says Timonen, who is a member of the group.

At the moment the collective is interested in exploring the relationship with audiences. “Viewers have the uncanny ability to turn everything upside down in an instant!” Timonen reminds us.

In search of a new connection

Perhaps the existence of an audience is a lasting reminder of the gap that has been created between the different art forms in the western world. In traditional cultures, dancing, singing and playing are united. There are no such things as correct dance steps or predetermined forms.

“Movement is something that was born within us humans, it’s the way we have wanted to express music through our bodies,” says Master Folk Dancer Antti Savilampi. “These days, that relationship can be rediscovered through improvisation.” And Korja-Paloniemi continues: “Once, the relationship between music and dance was symbiotic. Now both art forms have a life of their own, sometimes crossing paths and separating again. It’s a loving relationship, yet both stand on their own two feet. When we improvise, we can sometimes catch a glimpse of that symbiotic state.”

Korja-Paloniemi sums up: “Today, different art forms meet through staged performances. These situations provide opportunities to search for a new connection. The important thing is to understand the conformities of the stage: every small part contributes to the whole. Accepting and approving the other art form, and occasionally letting go of what you have, is absolutely essential.”