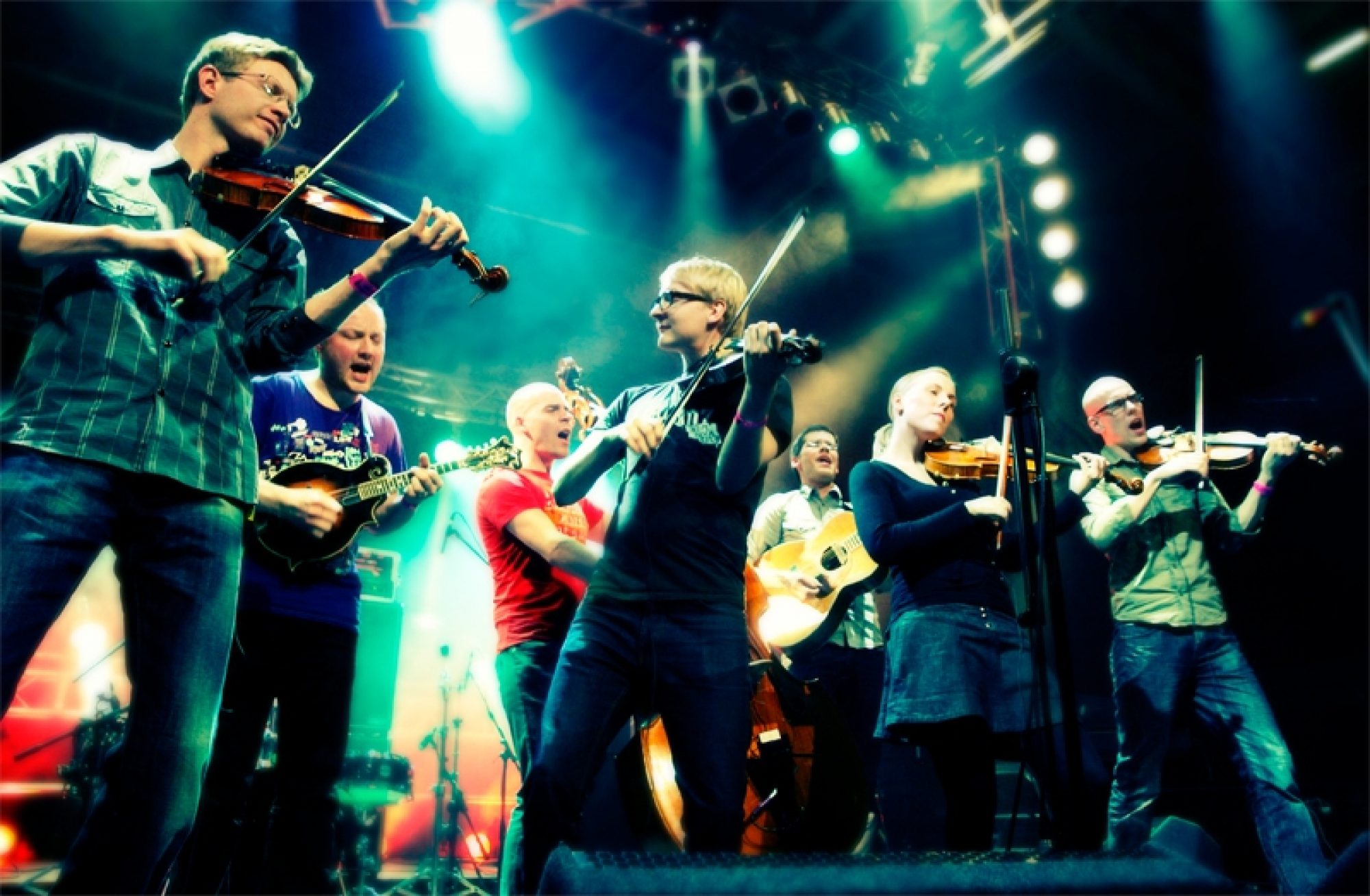 Featuring the premier talents of the young generation folk musicians in Finland and Norway, Frigg has developed a musical blend of their own. It has been called Nordgrass, which can be read as a word combination of their main influences Nordic folk and American bluegrass, or as a reminder of their straight grassroots attitude for making music. Energy, fun, humour, and interaction are Frigg’s most important virtues on any gig.

Over the years Frigg has grown up into educated folk music group and their music has been widely recognized by music professionals.

Frigg's latest album was released in the summer 2012. The group has been touring since, from Finland to Australia, and after the holiday season, in the end of January, the group heads to UK. Their tour consists of five shows from Glasgow to Gateshead.