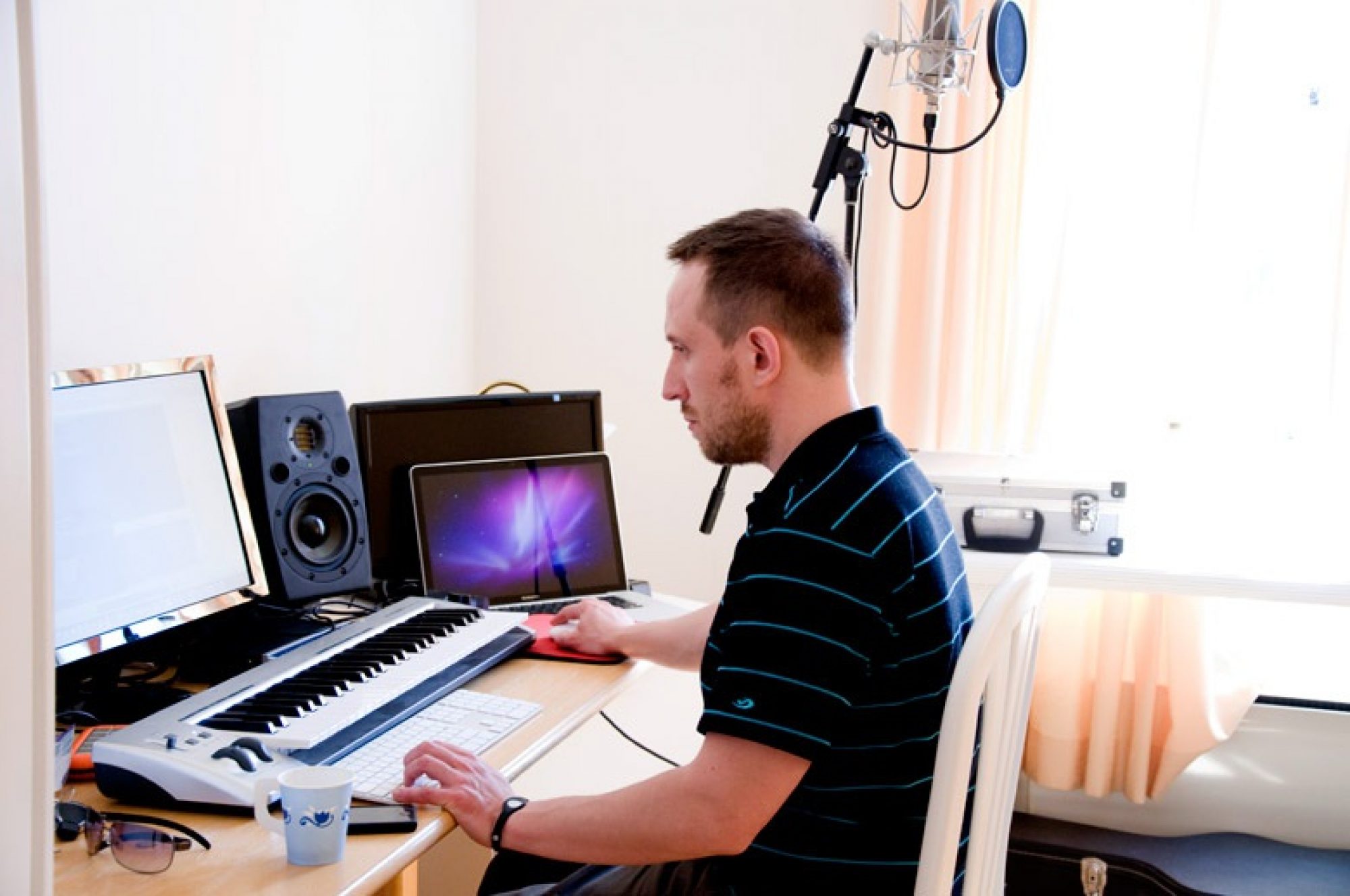 Mikko Tamminen is one of the most prominent Finnish songwriters to rise to the international front recently. But what does it take to achieve that level in making music professionally?

”This is not something you can use as your get-rich-quick-scheme. If that’s what you’re looking for, better try something else.” So says Mikko Tamminen, a professional songwriter residing in Vaasa, Finland. One of the most successful Finns on that field internationally, Tamminen assures that it’s not only talent but hard work as well which matters when penning hits to go.

”I think people sometimes have the false image that professional songwriting is only jet-setting off to parties and drinking some red wine”, he says. ”The truth is, creativity must be matched with a high dose of discipline to keep up the work.”

Money in the pocket?

A quick glance at Tamminen’s discography reveals that he seems to be hitting it big in places like Germany, South Korea, Taiwan, and most recently, Japan. The track ”Electric Boy” by KARA, co-written and produced by Tamminen, hit the #1 spot on the Oricon single chart in Japan in October, achieving sales of ”over 28,604 units” in just one day.

”That was a great thing”, confirms Tamminen. ”We did the track in Denmark over a year ago, and it really hit the spot. I remember it being a fun session with the Japanese label reps dancing in the studio”, he laughs. The hit single now published is pretty much Tamminen all the way, as the original track produced by him was used for the release.

Other recent triumphs include a #5 spot on the German album chart with Haudegen, whose latest album features a track written by Tamminen.

Still, it’s not just laughing all the way to the bank, says the songwriter, operating through the Helsinki-based company Elements Music. ”The media likes to paint this picture of Finnish songwriters doing tracks for international superstars and people are quick to jump to the conclusion that it’s all a matter of watching the money roll in by the truckload”, he says.

”In reality, my daily bread is scattered around in freelance work and often there are a lot of people involved in the projects, sharing whichever profits may be there. Many a professional songwriter needs to do something on the side to keep up their finances. I don’t want to sound negative, but it’s a funny feeling watching 50,000 dancing with glow sticks on a pop video shot in a land far away while you’ve made some 800€ for writing the song.”

Additionally, some patience is required as the returns for work well done may not come for some time after the initial session. Sometimes it may take even years for a track to end up anywhere, much less on a bank statement.

This is how they do

The juxtaposition of art and commerce is an age old issue in music. Thus, it’s also a a common thing for the average music fan to wonder about how the everyday operations actually run in the field of professional songwriterism.

”The usual session has some 30 people getting together somewhere. The label can sometimes pay for the costs but it’s all taken from their front payments, so in the end it’s loan money for the songwriter”, Tamminen says.

”First, we all gather at the studio for the brief, and then we start working in groups of three, each including a producer, a lyricist, and a top-liner, who takes care of the melodies. Then, we spend something like four days working hard on the tracks, producing a track per day per team. Some sessions are done without a single track ending up on a record, but sometimes there are several which do. You will never know, and the people working together change from session to session. One thing I always do is my homework, you best be prepared.”

According to Tamminen, it’s often a slight risk for a songwriter to take on such a session. After all, there’s always a fee to be paid for taking part, plus other costs, and the result is never a given. The more of a track record one gains, the easier it is to select the right sessions to go to, and sometimes Tamminen has also had the priviledge to work by invitation.

From the ground up

So what about the claimed influx of Finnish talent in the international songwriting circuit? Mikko Tamminen says that projects like ”Song Castle” have helped many to take the first steps.

”I think I would have probably thrown in the towel with regards to professional music making at one stage if it were not for the active part Music Finland was taking in trying to get me to take part in their projects”, he says. ”Making the connection is everything, because this is a business for hard-working and sociable people.”

Contacts: check, motivation: check, a hard-working attitude: check. What else?

”What it all comes down to is having the passion for music deep inside. I started making music when I was 13 years old. Now I’m 37, and I have done something to get better every day for pretty much the whole time during those years”, Tamminen tells. ”That much is needed to make it.”

”But in the end, I don’t even consider this as work as such. I mean, I’m doing what I love the most. To me, it’s like being free to do what I want.”