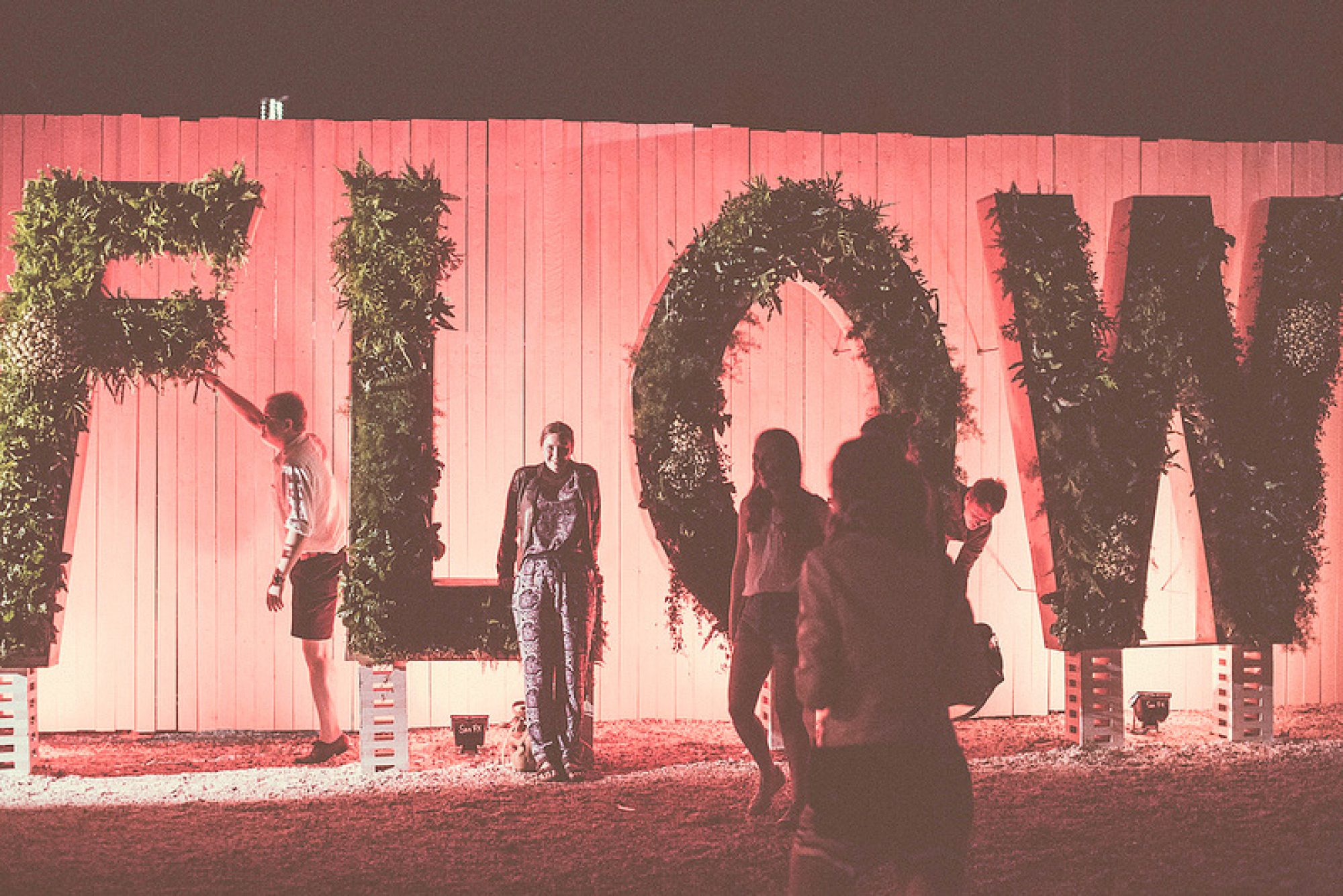 “With two million saunas in Finland and only a population of five million people, the Finnish are certainly a nation who’re comfortable in their own skin. This has been truly reflected in the bold ambition of Flow Festival”, Crack Magazine states. There were a bunch of music journalist from the UK attending Flow Festival in Helsinki this year, and here’s what they said about it.

Crack Magazine
“Over at the intimate Other Sound Stage again we were treated to a taste of Finnish alt-folk culture with the popular Lau Nau. With live shadow puppets animated via an over-head projector and a swarm of layered delayed vocals, there was a real DIY approach that would have easily found a home on some of the UK’s strongest folk labels such as Fence.” Read more

Drowned in Sound
“Heartwarmingly, the Finnish acts who perform at the festival seem genuinely invested in its existence. Timo Kaukolampi from electronic rockers K-X-P can be found whipping up raw choco shakes at a vegan food stand, while Jaakko Eino Kalevi gets his groove on at midnight to the lustrous vibes of Mount Kimbie.” Read more

Resident Advisor
“Finnish husband-wife project Cola & Jimmu (AKA Jimi Tenor and Nicole Willis) drew a big crowd to the RBMA stage on Saturday afternoon as they wove through a selection of off-kilter house. Every time I looked up at the stage Tenor was brandishing a different instrument—first a sax, then a flute, then shakers—while Willis manipulated the beats and sang.“ Read more

Clash
“Clash arrives in Helsinki during the perpetual dusk of a humid summer evening and ill advisedly heads out to get stuck into the local liquor, ‘Fisu’: vodka flavoured with Fisherman’s Friends. It tastes about as good as it sounds, but we feel fiercely committed to enjoying the bounty of this beautiful country. We are foolish.” Read more

NME
“Most festivals these days - apart from those catering for a specific audience - attempt to cover three bases. First, the heritage headliners who've been around for years and whose musical influence you can hear in the second group, the middle-aged parents, if you will, of the festival, artists who're maybe three albums in and have established themselves in the independent or commercial worlds. Then you have the babies, some of whom are yet to release a full album. It's a rare thing for a festival to cover all three generations successfully. Flow, though, achieves it.” Read more

The Line of Best Fit
"[Husky Rescue] taking to the Nokia Blue Tent on Sunday afternoon, their explorations of life, love and friendship take on a more bracing form. The faster numbers are pushed through with relentless, pacing percussing while Sweden’s Johanna Kalén whispering, romantic vocals soften the edges.” Read more

The Quietus
"For the majority of acts playing over the weekend this uniquely Finnish enthusiasm is what they’re met with. Though not all of them. After spending a weekend in the Helsinki sun, it seems that the problem didn’t lie in a lack of enthusiasm at all. These Finns just have very high standards." Read more