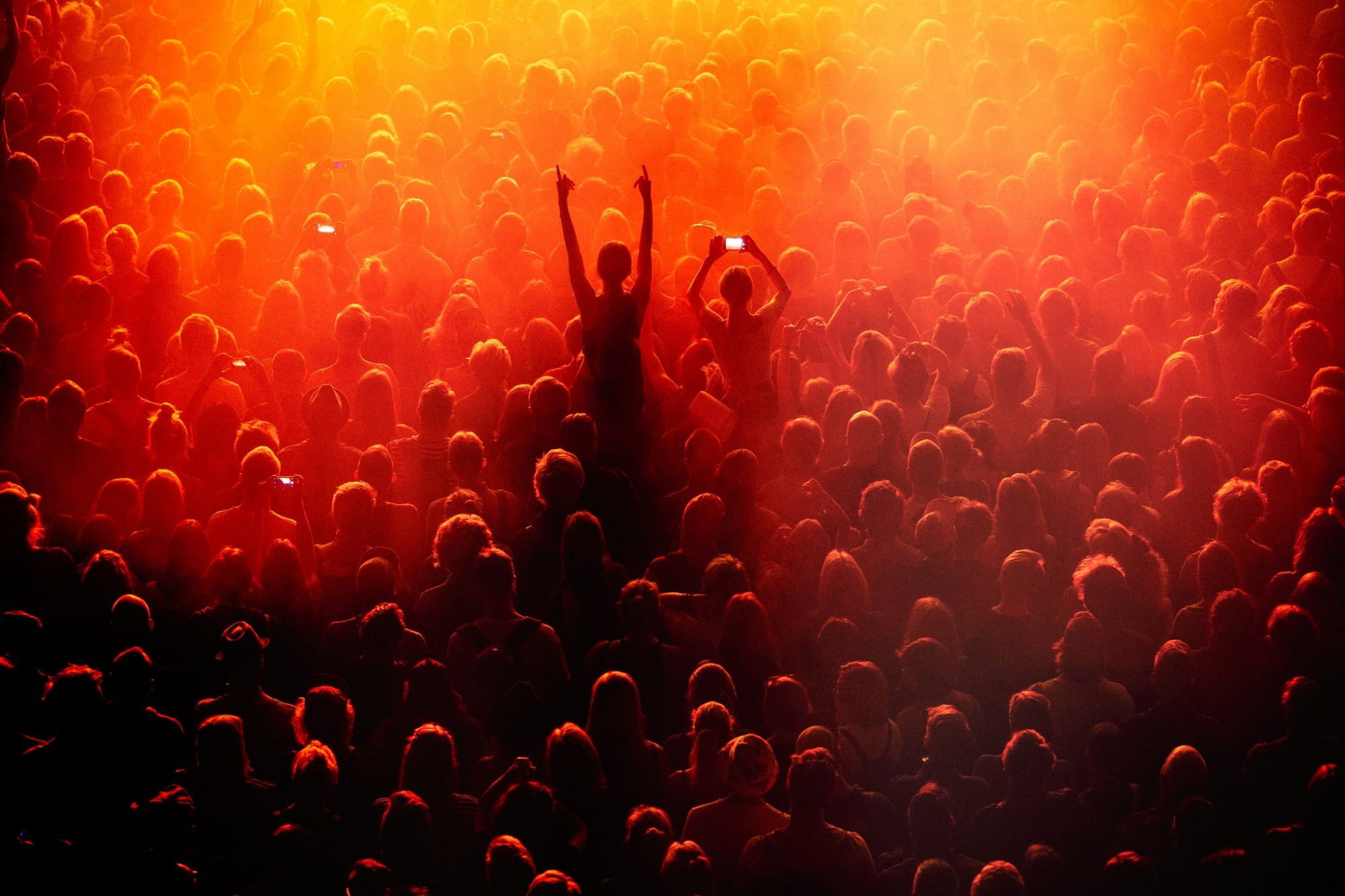 Music audiences’ age structure and consumer patterns are changing, offerings are growing and becoming more varied, but for now, one thing remains unchanged: there are enough festival-goers in Finland for hundreds of festivals. Organisers must nevertheless put their feelers out for changing expectations from their customers.

Finnish Festival organisers are well aware of the increasing level of demand from audiences. The largest popular music festivals now aim to provide immersive experiences, as opposed to simply focusing on programming for the main stages which used to be the norm.

An important part of the concept of experience economy is having a strong sense of community, as well as finding ways to include customers in the making of the festival. Event organisers think long and hard in order to discover new ways to engage their audiences and subsequently to get them to commit to buying tickets well in advance and to keep returning to the festival year after year.

Some festival organisers have tried to come up with tools for enabling customers to have a tangible influence in areas such as programme content. Kai Amberla, CEO of Finland Festivals, does not believe, however, that the model of artistic direction is coming to its end.

“I would even suggest that in the midst of today’s digital noise, the role of an artistic director is getting more pronounced. I do think that the majority of people are happy for someone else to decide for them. Would you choose to visit an art gallery that had no curator?” Amberla asks.

Flow Festival in Helsinki has been a real trailblazer among Finnish festivals. In addition to quality programming, their emphasis has always been on finding ways to increase audience satisfaction, and their festival audiences share a strong sense of togetherness. Artistic direction, however, plays a significant role. Artistic Director Tuomas Kallio and the rest of the artistic team choose performers based on their subjective perspectives, while listening to the feedback and opinions provided by their audiences. It does seem that their audiences place a strong trust in the artistic team’s choices, and they show interest even in those bands they have not heard previously.

According to Suvi Kallio, Managing Director of Flow, the event has a conscious aim to create markets and trends instead of just following them. However, this is not achieved in a calculating manner.

“The way we make Flow is still very much based on content, our gut feeling and collaboration with our extensive networks. We take advantage of our versatile and many-aged networks when designing our programme and our services. Audience surveys help develop our festival services.”

A certain type of trend on the festival scene could be identified in the fresh models of international partnerships. Last year Provinssi festival, organised in Seinäjoki, took up an offer of collaboration from the largest European festival organiser, FKP Scorpio from Germany. The partnership extends to the Helsinki-based Fullsteam Agency, which was acquired by FKP Scorpio in 2014, and as a result the festival was being jointly produced in Seinäjoki, Helsinki and Germany.

Last summer Flow festival went abroad and was organised in Ljubljana, Slovenia, as well. Flow’s goal is to become one of the most significant and interesting festival brands in Europe – and, why not, worldwide.

Kai Amberla points out that Finnish festivals have always been international in one way or another, even more so than the rest of the Finnish arts scene.

“With our international visiting artists, internationality has been self-evident. But the concept of the Kuhmo Chamber Music Festival, for instance, has been replicated in many different locations, including Ireland, although the benefit to the original festival has been limited to a status boost. In my understanding, Finnish festivals, especially classical music festivals, have often been modelled abroad. The ideas must have been exported through the visiting international artists.”

However, Amberla can sense a pressure for change in the current landscape, regardless of the genre, and particularly in relation to attracting audiences from abroad.

“The domestic saturation point is reaching its limit in that the only way to expand is to secure international audiences for the festivals.”

The number of festivals is not likely to reduce, especially if each and every event calling itself a festival is counted as one. Amberla talks about the festivalisation of culture, which is an international phenomenon. Even the smallest one-day events are now labelled festivals, and there are several festivals happening at any given weekend in Helsinki alone. Amberla is happy about the popularity of festivals, but at the same time he sees reasons to be concerned.

“When a word is used in such a loose context, there is a danger that the status of festivals becomes unclear and their uniqueness gets watered down to the level of a regular concert. In Europe, politicians and financers love the festivalisation of culture as it creates structures that can be extinguished at any time. The pop-up culture is a fun phenomenon but it can create difficulties for organisers with long-term visions.”

On the other hand, the one-off nature of festivals is one of the factors which make it particularly intriguing to be involved in the scene.

“In these circles, the way of thinking is startlingly future-oriented. A festival is organised, then it dies down completely and a new festival is created. I have never heard anyone in the festival scene pine after the good old days, as opposed to what I hear through my other projects,” Amberla states.

Read the original, extended version of the article at www.fmq.fi