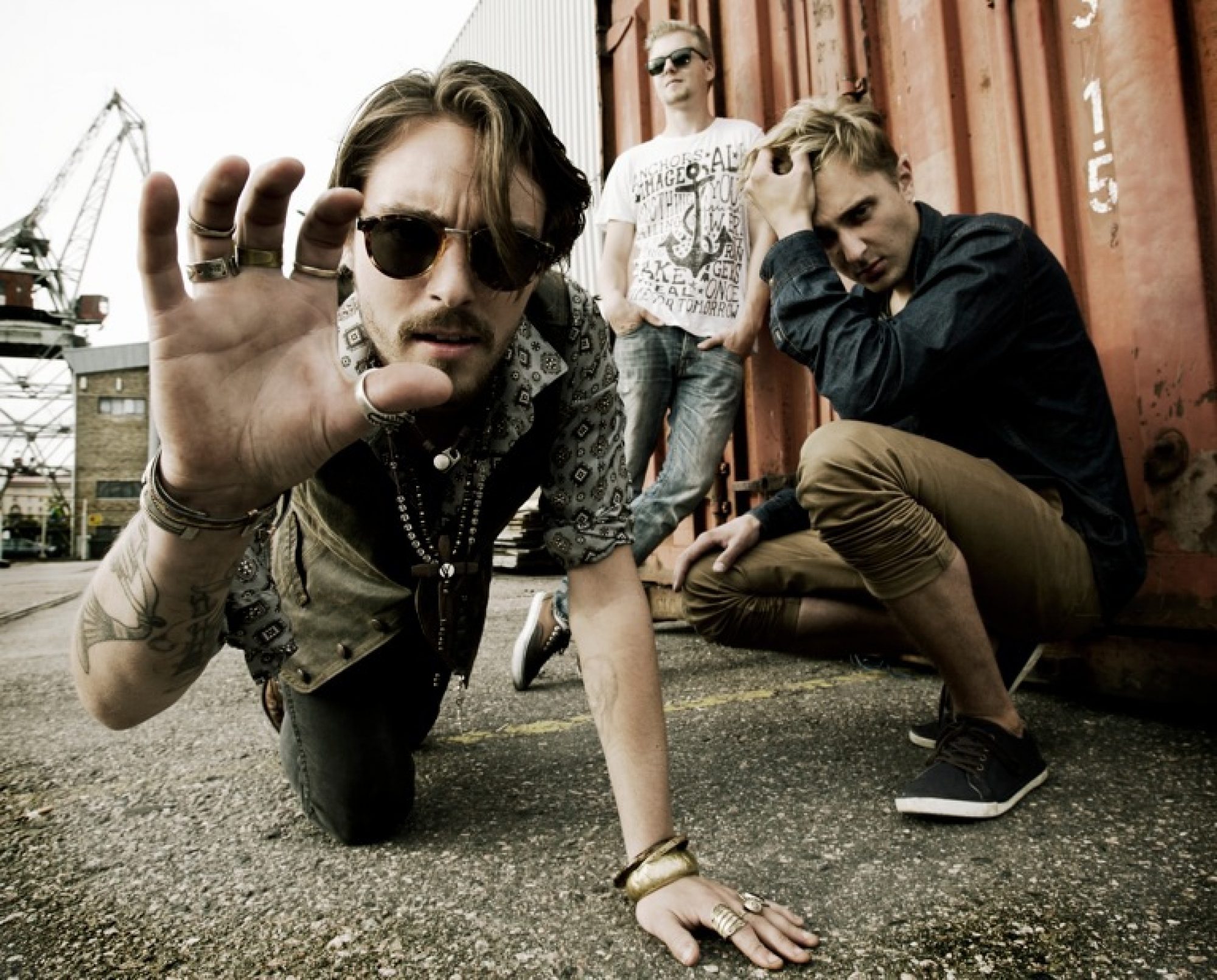 Aspiring Finnish rock trio Face of God heads to the UK this autumn, bringing melodic and energetic rock tunes to six venues across London and Brighton. We talked to singer and guitarist Leo Stillman about the band’s tour plans and the making of their debut album.

Behind the guitar led rock sounds of Face of God, we find Leo Stillman (guitar and vocals), Benjamin Lehti (bass) and Perttu Kurttila (drums). This Helsinki-based three-piece released their first EP Fire in 2011, and have gained a reputation for their extensive touring across Finland, including opening for HIM at the 2012 Helldone Festival in Helsinki.

“Since we started playing together in 2010, we’ve had a clear vision of where we want to go musically as a band. We've been gigging a lot and have been active with recording new music”, Stillman says.

Face of God’s most recent musical ventures brought them to the renowned Finnvox studio in Helsinki, where the group finalised their debut album this September. Said to be rich on solos and made with an old school rock n’ roll approach, the album mixes different elements of rock and pop.

“The record is about going somewhere and getting better. We try to make music that has a hint of aggressive energy, but still keep it beautiful. We don't have any genre limits – we're making music that keeps us interested”, Stillman summarises.

While communicating with labels on the new material, Face of God also set their sights on the UK. The band did a quick two-gig visit to London this spring, and is more than thrilled to be back for a full tour, showcasing both the older and the new material.

"We've always wanted to play the UK – that's the place to be. We want to show that we can sound “huge” even if we’re only a trio, Stillman says.