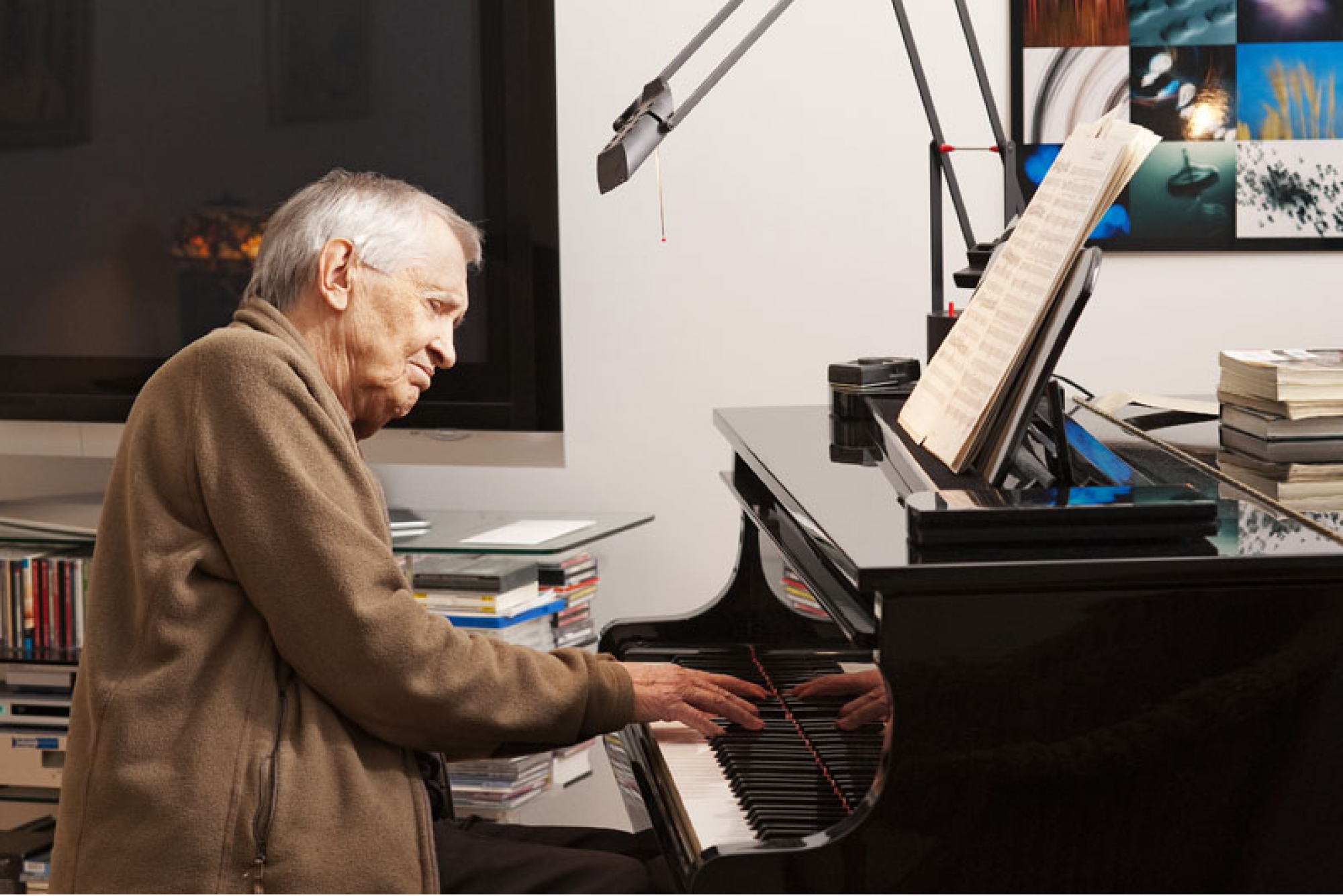 Einojuhani Rautavaara's new song-cycle, setting poetry from Omar Khayyám's Rubáiyát, was written for Gerald Finley who gives the premiere at the Wigmore Hall in London on 31 May.

Baritone Gerald Finley is accompanied by pianist Julius Drake for the premiere of Rubáiyát. The work sets poetry drawn from Omar Khayyám's epic Persian collection in the classic English translation by Edward FitzGerald. The song-cycle was commissioned by the Wigmore Hall, with the support of André Hoffmann.

Rautavaara describes how "I first encountered the Rubáiyát in 1949 and immediately knew that I would compose a musical setting of its quatrains some day. It happened 63 years later, when I was called to compose a work for the baritone Gerald Finley. Rubáiyát is dedicated to him. It felt right to compose the colourful poems for voice with orchestra, but I also made this version with piano. At the end of each poem, without break, the music continues into an instrumental interlude, preparing the following song. I cannot explain why this happened but felt strongly that this music did not want to stop and simply should flow onwards. But the songs can also be performed separately, if desired."

Rautavaara has recently orchestrated a set of Sibelius songs which received first performances by Gerald Finley in Bergen and Oslo in March with the Bergen Philharmonic Orchestra conducted by Edward Gardner. Bearing the title In the Stream of Life, the six songs include poetry by Ernst Josephson, Richard Dehmel and Johan Ludvig Runeberg in Finnish, German and Swedish.

More information about the concert can be found here.