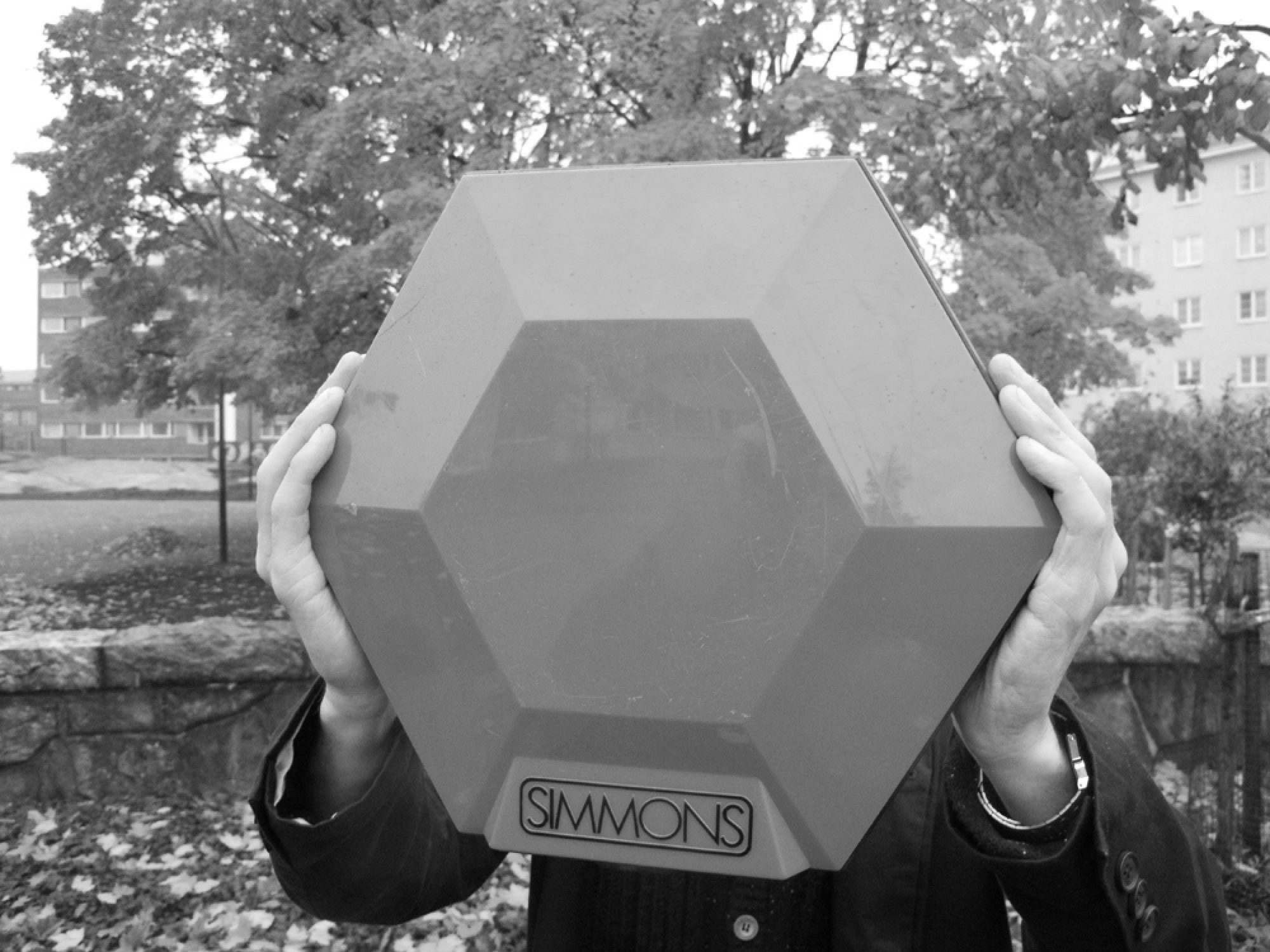 As names go, Tomi Leppänen might not say a whole lot to most people, but once you start digging into underground music in Finland and Europe, you’ll run into it all over the place.

And the time when you run into it all over the map may be close at hand.

He is, first and foremost, a drummer. He came out of Siilinjärvi in central Finland, as member of Aavikko and these days is best known to discerning fans of underground music for his work in Circle and K-X-P.

He is a graphic designer, too. He started out overseeing and eventually designing Aavikko’s album covers. This led to more music related design work and then to projects in other industries. Tomi started his MA studies in graphic design at Aalto University this fall, which obviously has an impact on what happens as far as drumming goes.

“School is a full-time 8 to 4 endeavor, so playing music will be a weekend thing for now,” Tomi explains. “The bands I’m in play isolated shows all over the place. K-X-P was in Berlin and Austria recently, Circle in Tampere, Aavikko in Turku, Tampere and Helsinki… No major tours in sight.”

Making records takes its share of time right now, too. K-X-P is working on its third album at the moment, but the band’s prime mover producer/singer Timo Kaukolampi does a lot of the work alone.

“K-X-P’s albums are like jigsaw puzzles and I’m only there for a part of it,” Tomi says.

Circle’s album under the name Falcon was recently completed and will be released concurrently with an album by Circle, which in this case is a death metal group that leased the name to use for this one album. The whole maneuver smacks of conceptual art and the tracks lead to the doorstep of Circle’s mainstay Jussi Lehtisalo. For the time being, all Circle live shows are, however, played by the traditional Circle, which currently records as Falcon. Are you confused yet?

“I hope we get the opportunity to play as Falcon, too. And I’d love to go see a Circle show for a change, so I hope the guys that leased the name get a chance to play out,” Tomi says.

Unlike a lot of players in Helsinki, Tomi doesn’t divide his time among countless projects.

“I don’t really consider myself a musician,” he explains. “I just play in bands. It’s usually based on playing and hanging out with friends.”

Regardless, he does get called out to participate in some very interesting projects every now and then, sometimes on extremely short notice. When legendary Syrian singer Omar Souleyman played Helsinki’s Flow Festival, Tomi managed to save the day.

“Omar’s keyboard player’s equipment had been damaged in transit and they’d basically lost their drum machine,” he recalls. “So they were faced with canceling the show, when someone had the idea to call me. I showed up to play the drums. Before each song Omar’s manager would come to me and by clapping and singing indicate what kind of beat was needed. And that’s what I played.”

The next time wasn’t quite as hurried. When Yoko Ono and Thurston Moore were booked to appear at the 2013 Helsinki Festival, they contacted Music Finland to inquire about finding a good local drummer to join the duo onstage for a partially improvised set. Once again, Tomi’s name came up.

“It was a great experience. I had no expectations and tried to think of it as just another gig,” Tomi says. “I concentrated on being inside the music 100% and doing what my instincts told me to. Of the two nights, the first one was a bit more nervous and tentative. The second was more assured, confident and explosive. Brash, really.”

Which is not to say either was better than the other.

“I liked the palpable tension of the first night,” Tomi says. “I really like playing gigs where we don’t know what we’re doing.”