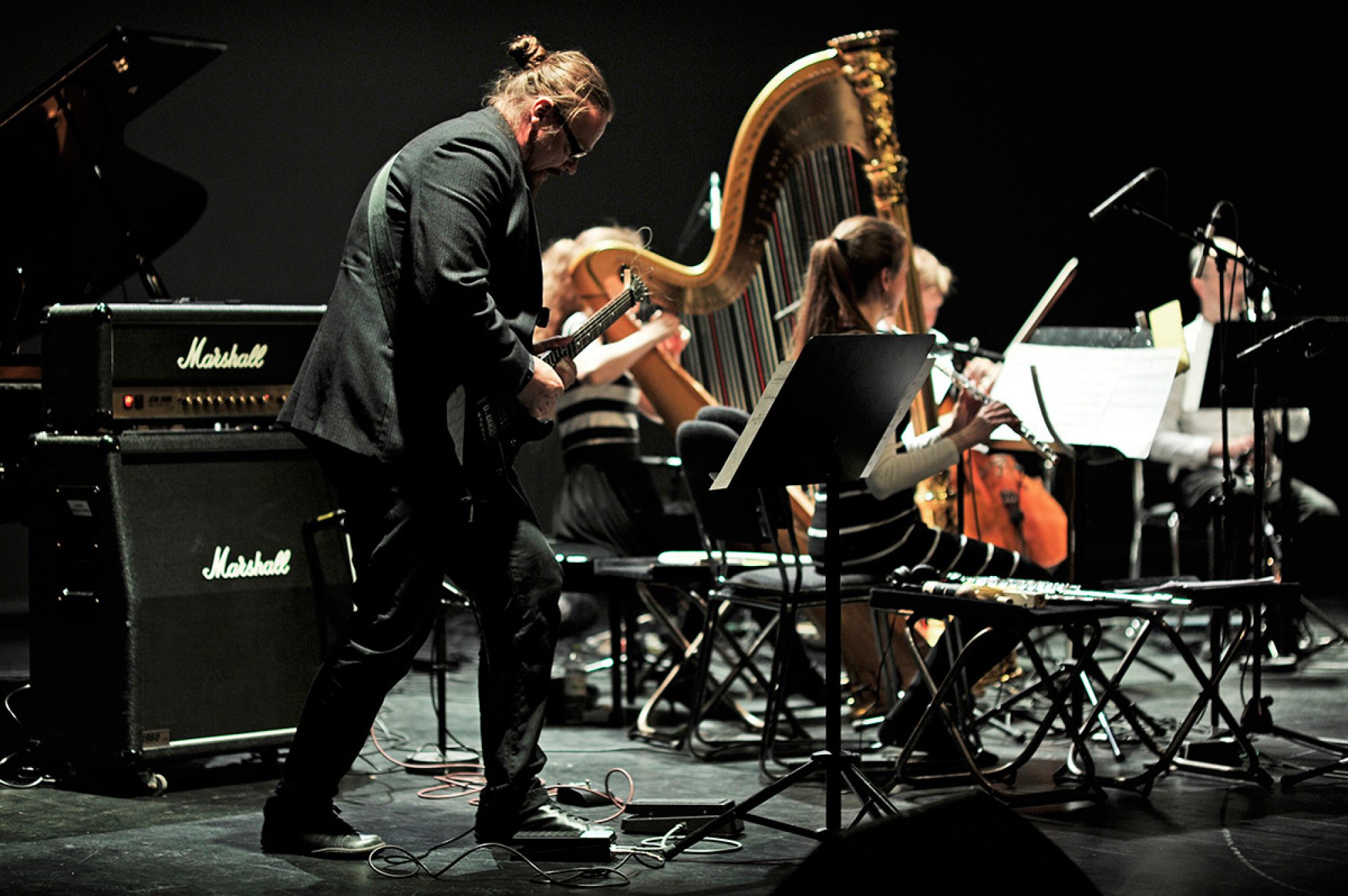 “Finland’s only electroacoustic ensemble” is how defunensemble describes itself.

But wait – don’t many groups mix up electronic and acoustic instruments?

Electroacoustic here refers to a tradition of splicing electronics into contemporary classical or ‘art music’, launched in the ‘50s and ‘60s by the likes of Karlheinz Stockhausen and John Cage, and extended by Steve Reich, Philip Glass and Pierre Boulez – all of whom are included in defunensemble’s repertoire.

He founded defunensemble in 2009, with a name plucked from the history of electronic music. Defun (or define function) is a macro in LISP, one of the first computer languages, used in music since the late ‘50s. Define function is also the name of the group’s debut CD, released in autumn 2015.

Though these insider jokes may be lost on most, “many people have the first impression that the name comes from ‘de Fun Ensemble’, which is only positive,” says Klemola.

Since the late '90s, Klemola has composed music for plays, choirs, sound/video installations, an opera, and led a student sound project for the Finnish Pavilion at the 2010 Shanghai World Expo, which was experienced by five million visitors.

While he has used chainsaws and other unorthodox instruments in the past, Klemola’s current group uses more or less conventional Western instruments such as clarinet, flute, harp, cello, piano, as well as electronic gizmos such as the Cracklebox.

“My main interest in music is intensity,” says Klemola. “I’m also interested in simple variations and certain kinds of minimalism, harsh unorthodox sounds and surrealism. I try to be in contact with actual sound phenomena when composing my works rather than academic or theoretical starting points. I need physical energy to work on my pieces.”

“We got good feedback playing at the Other Sound stage, which is a great Flow initiative presenting experimental musics from different genres,” says Klemola.

A few weeks later they were off to Australia, where they received a rapt reception.

The group has also appeared all around Europe from Russia to the UK and Iceland. Along the way, they met a like-minded German-Icelandic group, Ensemble Adapter. The ensembles perform three shows together in spring 2016 beginning at the Tampere Biennale, a festival also led by Klemola.

Also premiering at the festival is Klemola’s own latest work – a collaboration with the circus troupe Circo Aereo. Klemola co-composed the music with Tuomas Norvio and Tapani Rinne of the electronic/jazz group RinneRadio.

“The music takes our stylistic differences as a starting point. So there will be smooth ambient sound, funk and techno beats, harsh noise and surrealistic dance music together with stage movements and so on, which are being worked out by the acrobats and visual artist,” he explains.

“These Fonal artists work in an interesting musical space somewhere between experimental and popular musics,” says Klemola, adding: “there’s nice friction going on” – which could just as well apply to his own ground-breaking group.