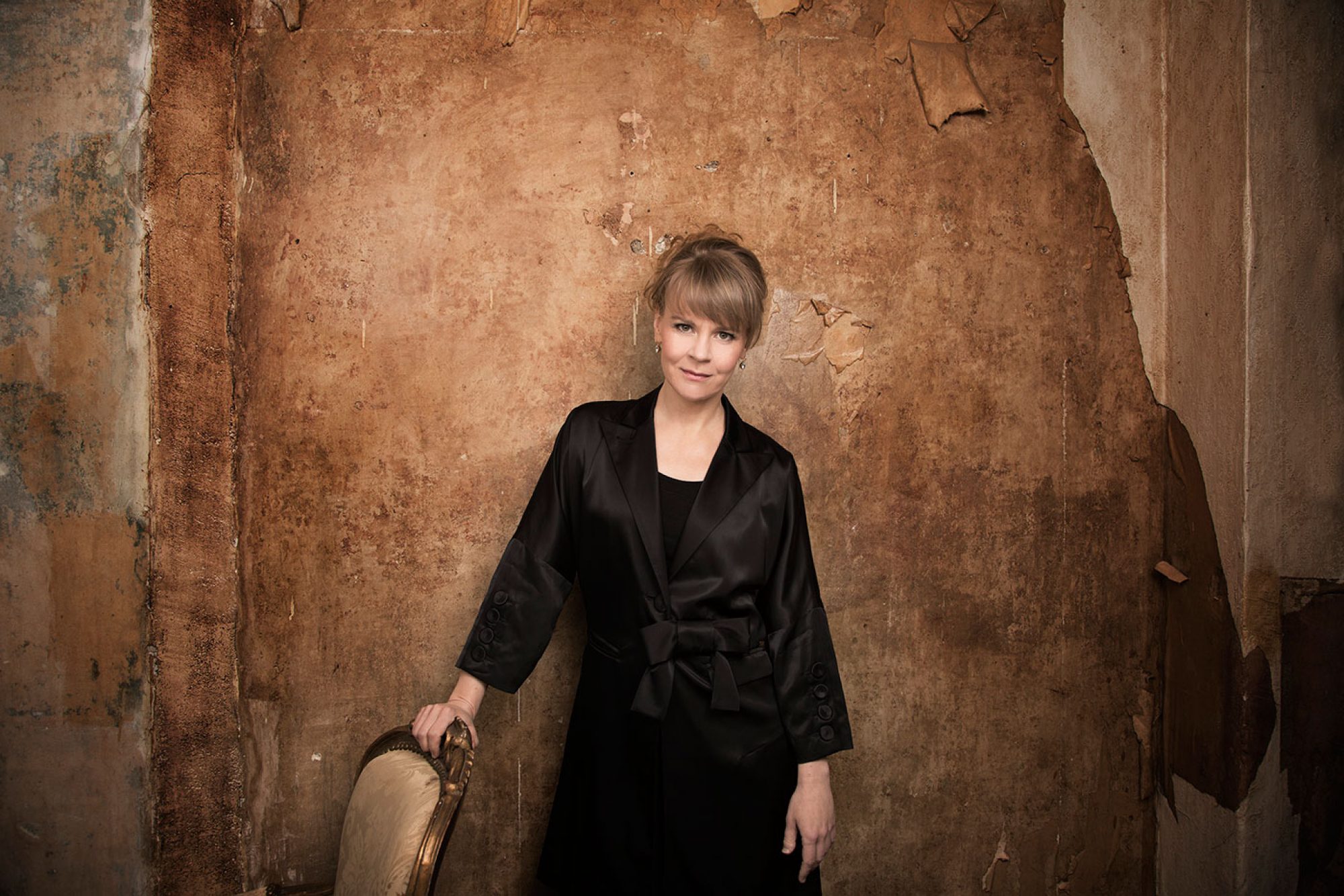 In 2016 Conductor Susanna Mälkki will take charge as Chief Conductor of the Helsinki Philharmonic Orhestra – as the first woman in history. At the same time her career is taking huge international steps.

Susanna Mälkki strides onto the Helsinki Music Centre stage in a slim-cut black suit. She’s a petite figure, earrings sparkling, blonde ponytail swaying – but immediately, decisively takes command of the Helsinki Philharmonic Orchestra’s 100-plus musicians. With energetic, fluid motions, she leads her force through a shattering Russian programme of Liadov, Shostakovich and Tchaikovsky.

And her force it soon will be: in autumn 2016 Mälkki takes charge as Chief Conductor of the HPO – not only the first woman in that post, but only the third worldwide in such a position. Over an espresso at the Music Centre café, though, she shrugs off the gender discussion.

“Ultimately, it’s irrelevant in what we’re doing,” she says. “Of course I’m happy things are changing; it’s about time. There’s a generation 15 or 20 years younger than me who’re being encouraged and supported in a way that wasn’t the case 15 years ago. That’s very positive but it’s a long process,” says Mälkki, her direct gaze tempered by an amused twinkle in her eye.

In late November, Mälkki conducts some of the same pieces as she debuts with the London Philharmonic in an event broadcast live by the BBC – which last summer hosted her return with the BBC Symphony during the Proms Festival.

Mälkki has long been a familiar figure in major European concert halls, including seven years as director of the Paris-based Ensemble intercontemporain, which focuses on challenging new music. That followed a stint as the co-principal cellist for the Gothenburg Symphony and conducting studies in Helsinki with legends Jorma Panula and Leif Segerstam.

Besides being the first woman to conduct a production at Milan’s la Scala, she’s led opera productions in Hamburg and Paris, as well as the top US orchestras in cities such as San Francisco, Los Angeles, Philadelphia and Chicago.

In May, the New York Times hailed Mälkki’s “quiet charisma” and “inquisitive approach” during her New York Philharmonic debut, asking “Where has this impressive 46-year-old artist been?” and expressing regret that she was not considered as the orchestra’s new director. The paper also praised Mälkki’s “expertise in contemporary music and a wide swath of the standard repertory” – two worlds she’ll have to balance in her new role.

The old with the new

While she has a reputation as a champion of bold contemporary composers, the HPO – founded in 1882 by a close friend of Sibelius – has a conservative legacy.

“It does have a very traditional image, and that’s something I don’t want to change. We definitely want to keep its image and possibly add a little. More twentieth century and even some of our own time. Traditionally the HPO has played the standard repertory, but it’s very good in modern music as well,” she adds.

As to her own profile, Mälkki says: “It’s true that twentieth-century and contemporary music is what I’m best known for. But I’d like to think of myself as someone who can do both, as I always have. And the new music I want to programme is what I think deserves to be heard. It’s not just because we have the duty to do it, but the fascination of something. I’d like to create a trust with the audience so they think, ‘OK, if she chose this, it may be worth hearing’. There will be names they don’t know, but I’ll be happy to present them, because I believe in the music.”

Mälkki is committed to 8-10 weeks annually in Helsinki through 2019, plus tours and recordings. Would it be possible to split her time if a major international orchestra offered her a chief conductorship, though?

“The temptation would be big,” she concedes. “There’s a lot of responsibility in the position, so you can’t really invest it in many places. But if you do two orchestras and not many other things, it could work. But it’s too early to say: we haven’t even started in Helsinki. My heart is already here though. I really enjoy working with this orchestra and I’d love to think of this as a long-term commitment.”